The History of King's

The tradition of education in Canterbury, Kent goes back to 597AD, when St Augustine arrived to evangelize England. The education provided by the monastic foundation, and by the ancient school of the City of Canterbury, was in 1541 made the responsibility of the new Cathedral Foundation of Henry VIII. He established within it 50 King’s Scholars as well as a Headmaster and Lower Master. Thanks to this core of King’s Scholars, the school came to be known as The King’s School. 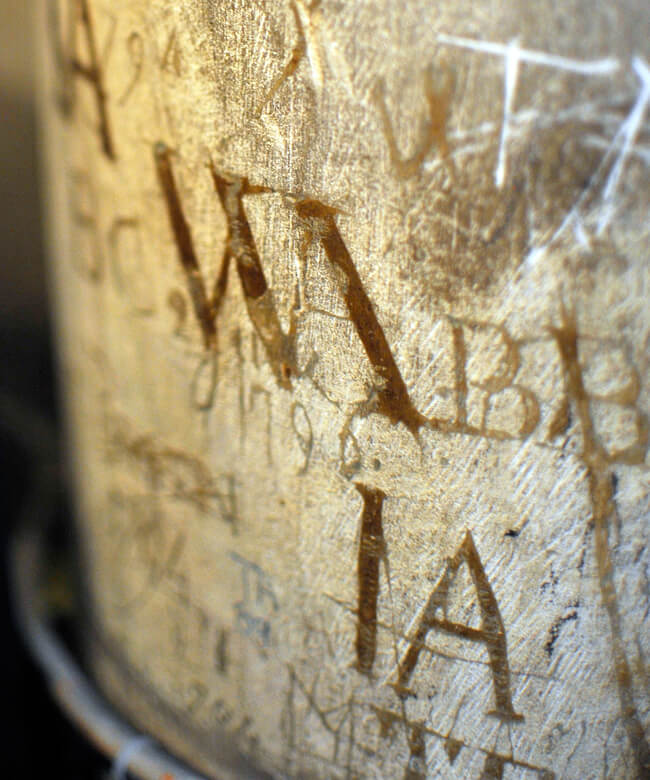 The King’s School War Memorial was created after the First World War. It was unveiled on 19 December 1921 by Major General Sir Evan Carter OKS. The Memorial Court was excavated at the same time. A tablet with the names of those killed was later placed in the undercroft and dedicated by the Archbishop of Canterbury. This had the names of 146 boys, in order of their leaving school. A further 14 names (including two masters) were added in 2014.

The Second World War memorial tablet was unveiled by Field Marshal Bernard Montgomery OKS and dedicated by the Archbishop of Canterbury on 25 July 1949. It contains the names of 112 boys and one member of staff. At the same time the Memorial Court, which had been damaged by the 1942 bombing, was renovated.

An outdoor service is held around the War Memorial on Remembrance Sunday in November, at which the names of OKS who died in the service of their country are read out. 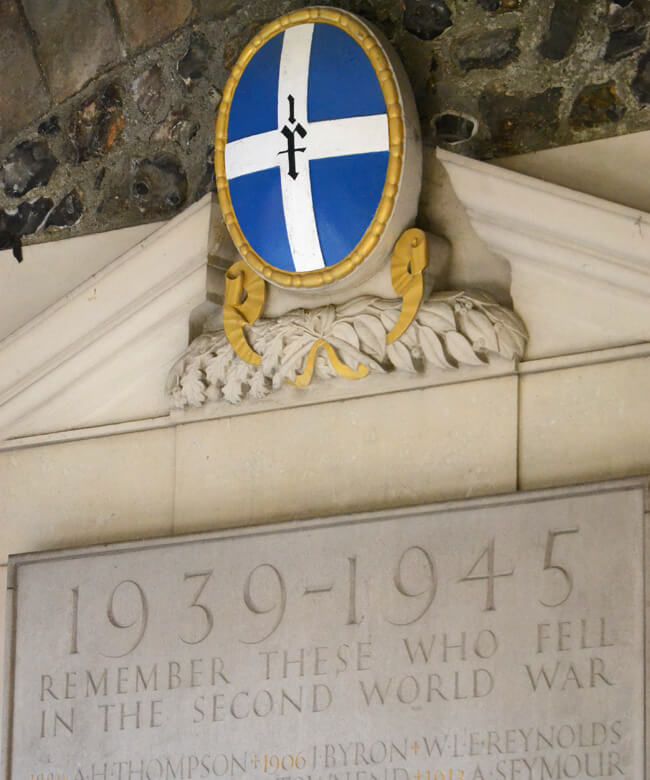 The School Archives, started in 1972, contain many documents and pictures relating to the School’s history. They can be consulted by scholars, by those researching their ancestors and by pupils.

From time to time exhibitions are held at the archives, usually in King’s Week, to display some of its material.

Records of King’s Scholars from 1541 until the mid-19th century are in the Cathedral Archives, and the School has copies of the relevant lists. There are no records of Commoners (i.e. non-Scholars) at the School before 1750, when the first register was started, though some are known from other sources. For a list of known boys from 1660-1749, see: Register Index 1660-1749.

The School can usually let researchers know a pupil’s key details such as date of birth, father’s name and occupation, date of admission and date of leaving for those attending the school after 1750. There may also be information about their school career, such as whether they were in a team or won a prize. For a list of boys 1750-1859, see: Register Index 1750-1859.

From the mid-19th century, more is known. The King’s School, Canterbury Register 1859 to 1931 was published in 1932 and has much detail about many boys. The School magazine, The Cantuarian, started in 1882.

We may not, of course, supply information about former pupils who are still alive without their permission. 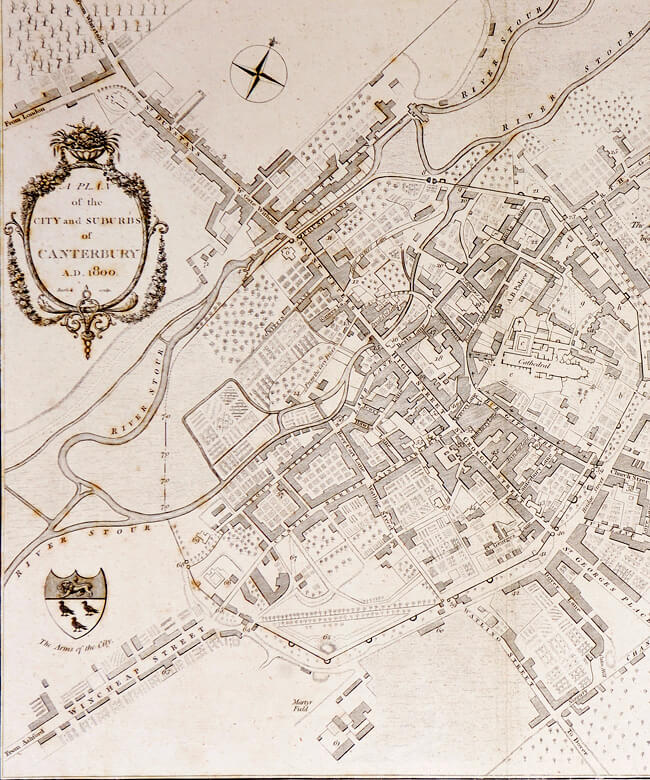 The King’s School, Canterbury is often described as the oldest school in England. Such a claim is impossible to verify, but there is at least some justification in associating the School with the origins of Christian education in England. St. Augustine probably established a school shortly after his arrival in Canterbury, Kent in 597AD, and it is from this institution that the modern King’s School ultimately grew. In 1997, the School therefore participated fully in the celebrations of the 1400th anniversary of the coming of St. Augustine.

Very little is known about the Canterbury school in the early centuries of its existence. During the Middle Ages, however, there was clearly a school attached to Canterbury Cathedral and run as part of the monastic establishment. There are definite references to Headmasters from the later thirteenth century, but little other evidence of this school’s existence survives. Despite the obscurity of these early years, the King’s School nonetheless feels that it is rightly associated with its predecessor and there are stained glass windows commemorating former pupils St John of Beverley and St Aldhelm in the School’s Memorial Chapel. 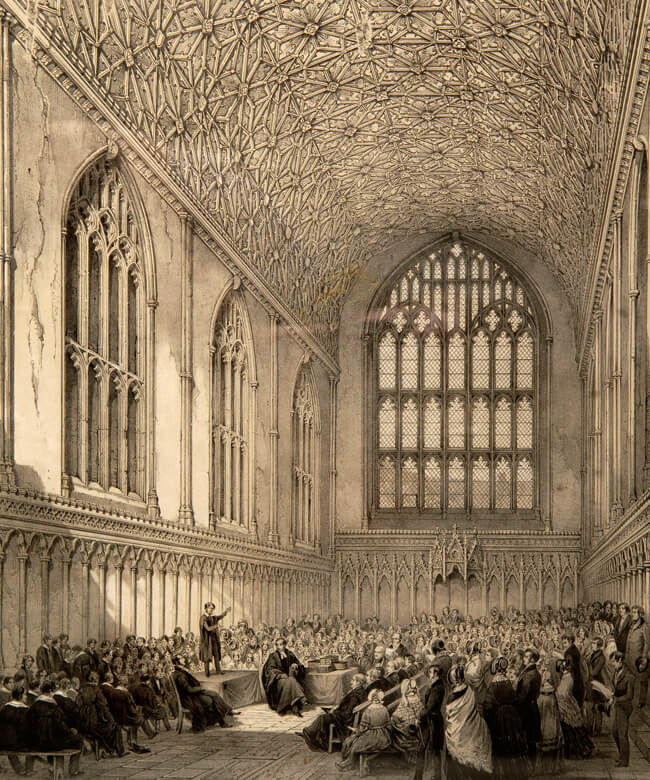 The fully documented history of the School really starts in the sixteenth century. With the Dissolution of the Monasteries, the School was re-founded by a Royal Charter in 1541. This established a Headmaster, a Lower Master, and fifty King’s Scholars. The name ‘King’s School’, now used for the first time, thus refers to King Henry VIII. Soon afterwards, through the beneficence of Cardinal Pole, the School moved to the Mint Yard and acquired the Almonry building, on the site of the new science building, which was used for some 300 years.

The revived School quickly established its reputation, not least thanks to its first Headmaster, John Twyne (c.1524-62), and in the next hundred years a number of former pupils (now known as OKS or Old King’s Scholars) achieved national fame. Among these were Christopher Marlowe the playwright contemporary of Shakespeare and author of Dr. Faustus, William Harvey the scientist who discovered the circulation of the blood and John Tradescant the distinguished gardener and collector.

It was the Victorian Headmasters George Wallace (1832-59) and especially John Mitchinson (1859-73) who transformed the King’s School into a ‘public school’ with a national reputation. The buildings were improved, most notably with the new Schoolroom of 1853, and academic standards raised. 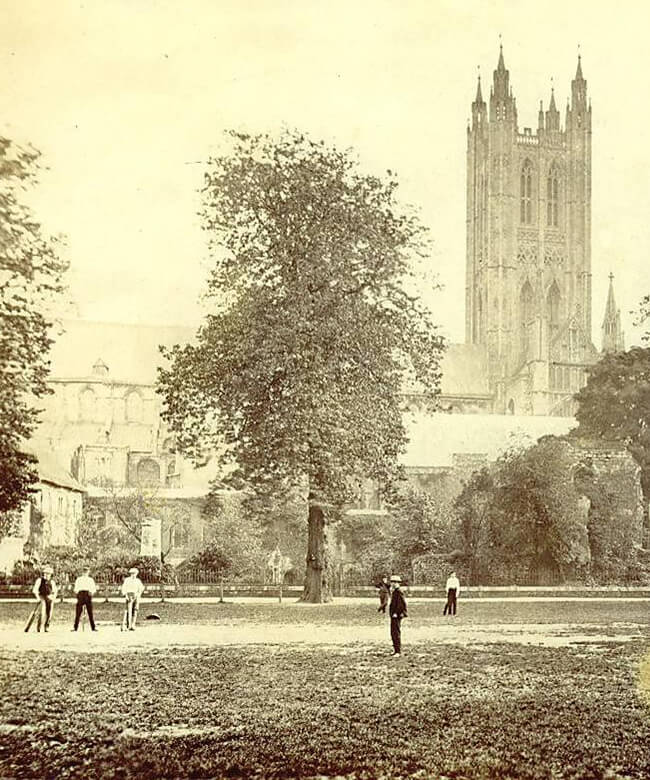 The modern development of the School was largely the achievement of Canon John (‘Fred’) Shirley, who became Headmaster in 1935 when the School was suffering from the effects of the Depression. Through his dynamism and financial skill, he saw the School expand rapidly in numbers from about 200 to about 600 pupils in some 30 years. He also acquired and built several more buildings in the Precincts. In his time, too, the School survived the war-time evacuation to Cornwall and received a new Royal Charter from King George VI and Queen Elizabeth in 1946. Above all, the School grew in reputation thanks to its academic, sporting and cultural success. ‘King’s Week‘, the festival of music and drama at the end of the summer term, was started in 1952.

It is no surprise that modern OKS have achieved fame in a variety of fields, including literature (Patrick Leigh Fermor, Edward Lucie-Smith and Michael Morpurgo); music (Louis Halsey, Harry Christophers and Christopher Seaman); politics (Lord Garel-Jones and the Powell brothers, Charles and Jonathan); and sport (David Gower and Frances Houghton), as well as in business, journalism, science, education – in this country and around the world.

In recent years, this development and modernisation has continued apace. The School now has over 820 pupils, aged 13 to 18. The most significant change came when girls first joined the Sixth Form in the early 1970s, and the School has been fully co-educational since 1990. In 2000, the School welcomed the first children both of whose parents were OKS. Today the thirteen boarding houses are mostly scattered around the Cathedral Precincts, in buildings dating from the 13th-century Meister Omers to Kingsdown House, opened in 2015. There are three houses in the nineteenth century St. Augustine’s College, next to the ruins of the medieval St. Augustine’s Abbey; the nearby Harvey House was built in 1998 and the New Grange opened in 2007. The rest of the School buildings are a similar mixture of old and new. The main classroom block is in a former medieval brewery and bakehouse, an art centre was recently opened in the converted Blackfriars, drama takes place in The Malthouse, and there is a Sports Centre, whose foundation stone was laid by David Gower. The Edred Wright Music School opened in 2009.

Imps of Promise by Thomas Hinde is the most recent history of the School. It was originally published in 1990, and a second updated edition appeared in 2005. 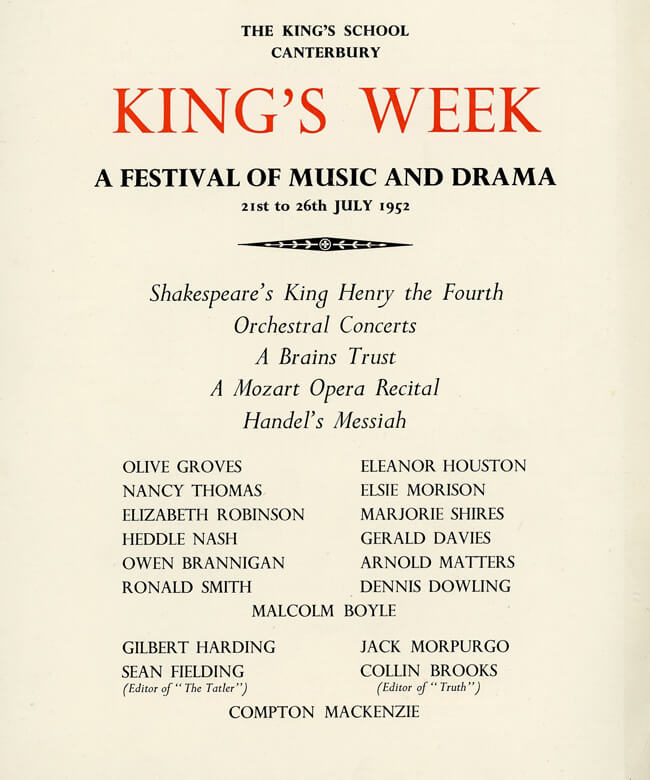 Many famous individuals have been educated at The King’s School. Over 130 OKS names are recorded in the Oxford Dictionary of National Biography. Among the most distinguished are William Harvey, Christopher Marlowe, Walter Pater, W. Somerset Maugham, Sir Hugh Walpole, Field Marshal Bernard Montgomery and Sir Patrick Leigh Fermor. 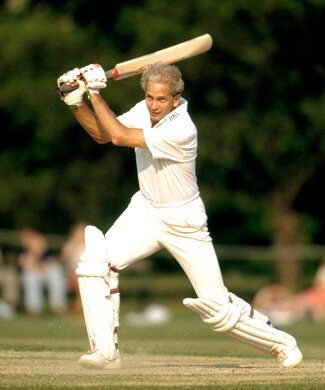 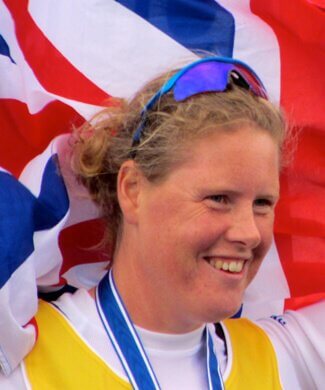 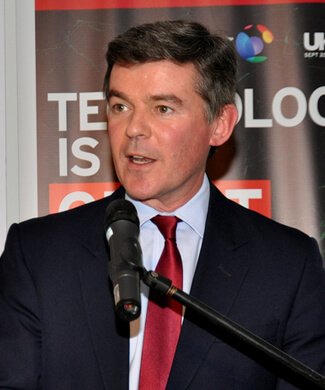 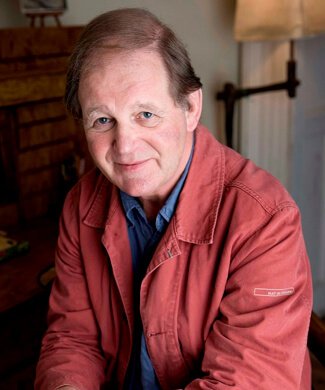 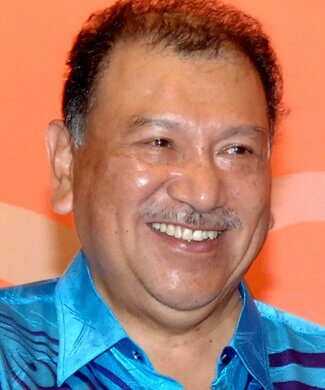 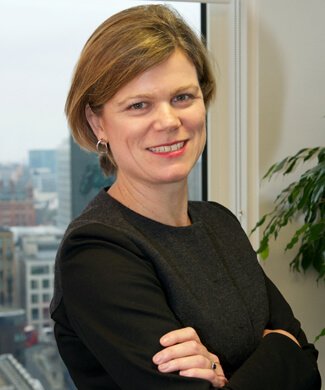 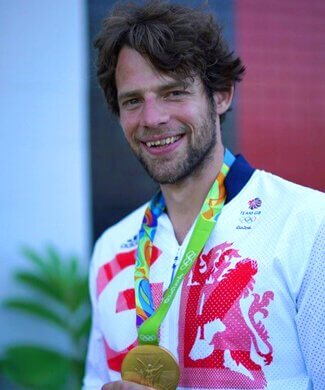 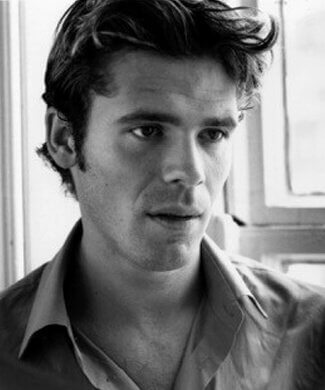 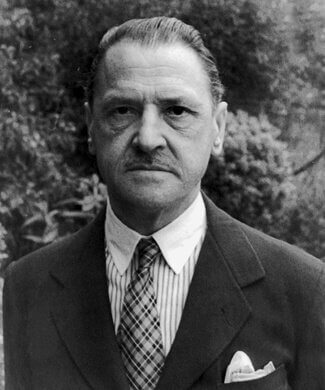 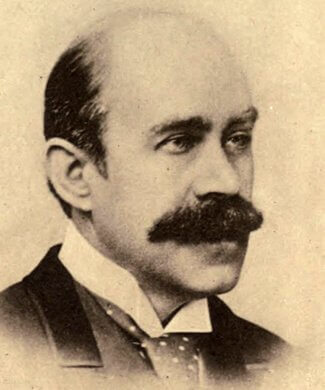 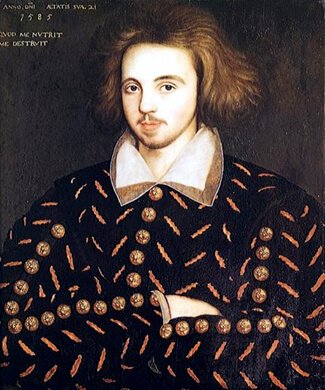 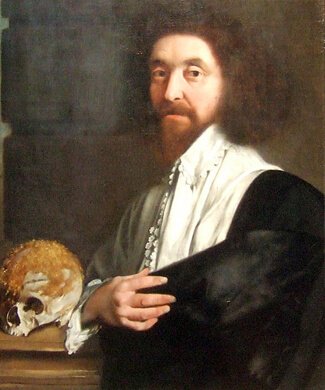