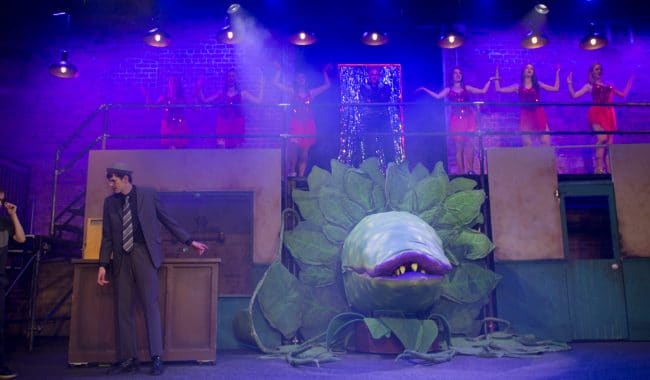 Packed audiences filled The Malthouse for four straight nights last week as musical theatre returned to King’s for the first time in seven years. The curtain finally rose on Little Shop of Horrors following hundreds of hours of rehearsals and production work across the Autumn Term. A step into science fiction, Little Shop centres around a flower More » 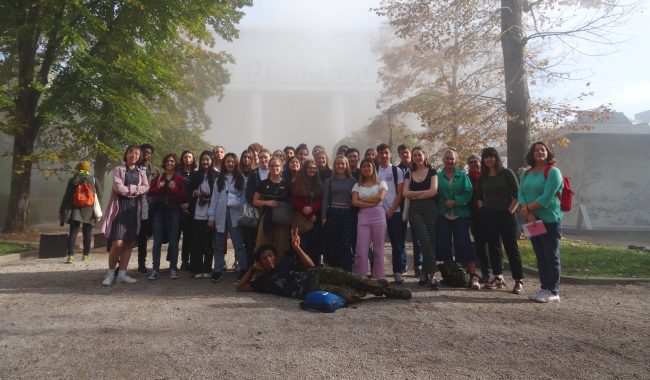 At the beginning of half term, 28 Sixth Form art students departed for five days in the wonderful city of Venice to explore the Venice Biennale, the 57th international art exhibition. Spread across two huge sites—the Giardini and Arsenale—comprising of several vast exhibitions and pavilions representing many countries, the Biennale is the pinnacle of the contemporary More » 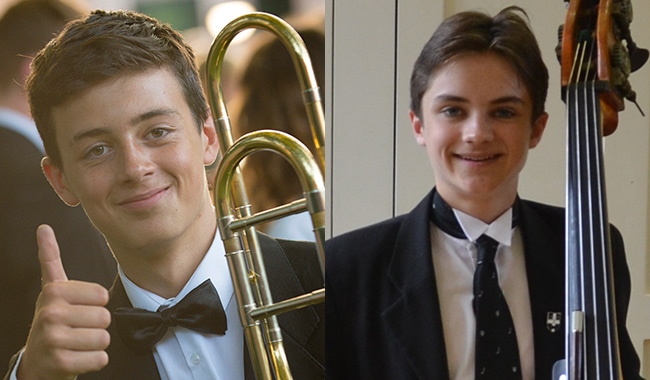 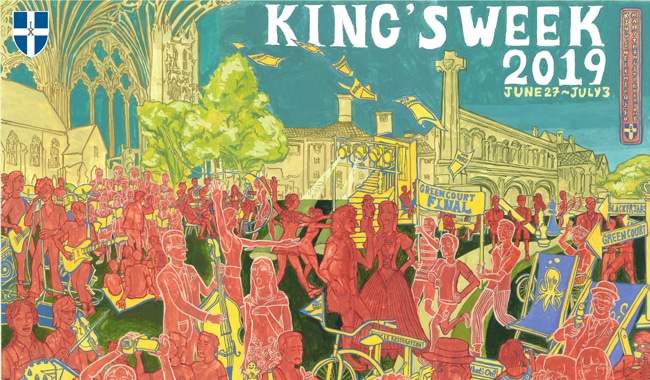 King’s Week, the School’s annual celebration of music, drama, art and recreation, begins today with Music at Lunchtime in the Old Synagogue and Acoustic Corner in the Green Court Pod at 1.30pm. The Art Exhibition opens at Blackfriars, King’s Street, the Old Grange and the Lilford Gallery while Green Court will be a hub of More » 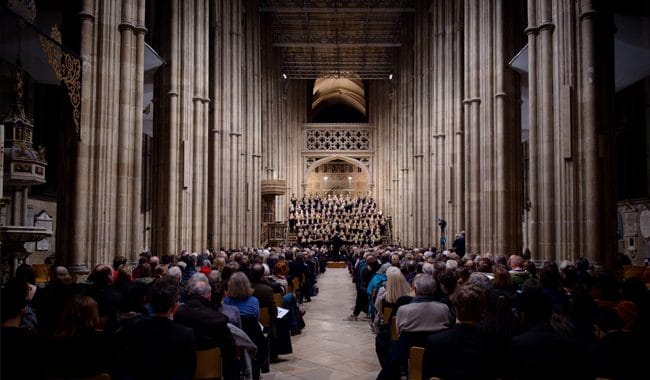 The King’s School performance of Brahms’ German Requiem provided the ideal demonstration of the extraordinarily high quality of musicians at the school. The King’s Symphony Orchestra and Chorus more than met the challenge of this beautiful large-scale piece, under the baton of Director of Music, Will Bersey, as a large audience in the Canterbury Cathedral More » 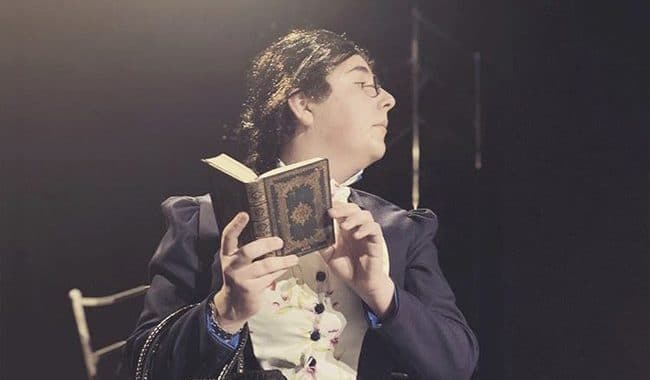 Directed by the Head of Drama Rebekah Beattie and Choreographed by the Head of Dance Victoria Outram and their expert colleagues of Dance and Drama, Rebekah Frances, Fleur Mountjoy and Hollie Harris, this year’s showcase proved to be an outstanding collection of performances including Drama, Dance and Musical Theatre. We were treated to extracts from More » 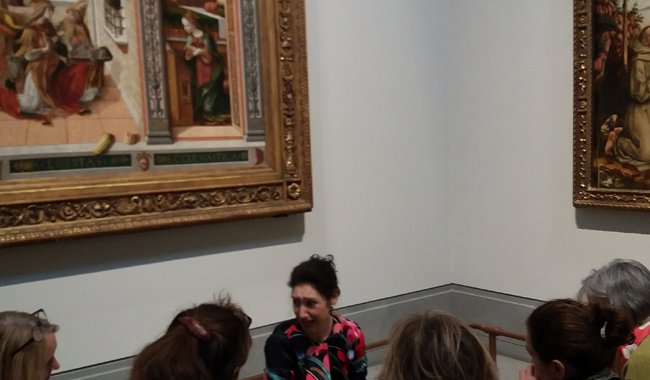 The Art of Drawing

Members of the King’s Society joined art historian and practising artist Gayna Pelham at the National Gallery for a masterclass entitled ‘The Art of Drawing’.  Focusing on landscapes, the group studied two paintings by Dutch artists namely Meindert Hobbema’s The Avenue at Middelharnis 1689 and Philips Koninck’s An Extensive Landscape with a Road and a River More » 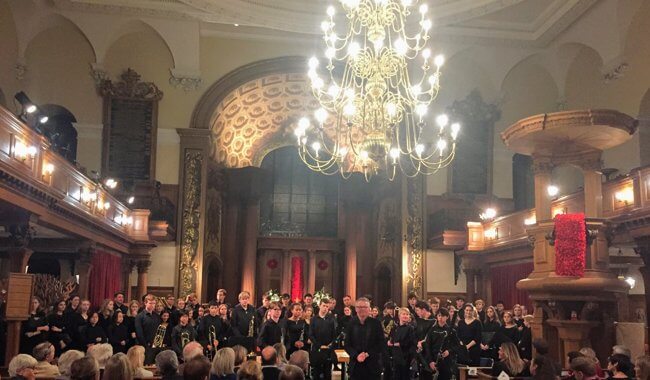 The Crypt Choir and Chamber Orchestra’s return to St Alfege Church, Greenwich was an enormous success, with a large and appreciative audience enjoying a programme of Wagner, Grieg and Bruckner. Under the direction of Mr Andy Pollock, the Chamber Orchestra took on the technically demanding Wagner Prelude to Lohengrin, capturing the serene opening with great More » 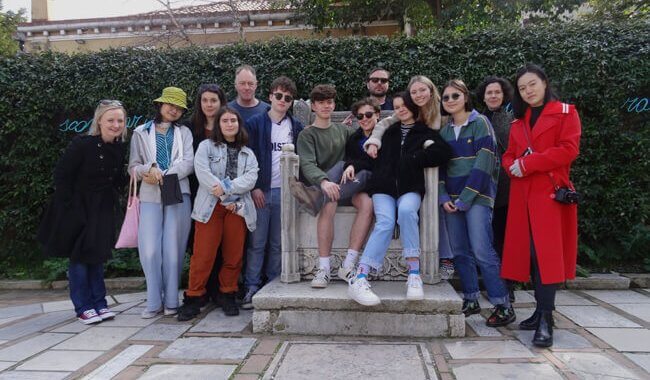 6b Art Historians visited Venice in March as part of their Pre-U course, exploring its vibrant and suggestive city spaces, encountering its eclectic architecture and engaging with a range of sculpture and painting from the fourteenth to the twentieth century. In the Doge’s Palace, a monographic exhibition on John Ruskin, Victorian theoretician, aesthete, water colourist More » 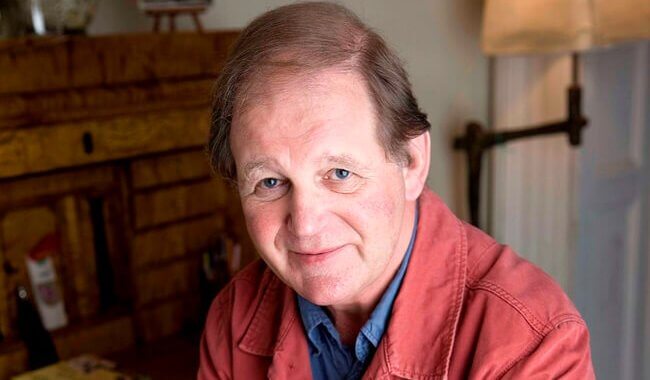 War Horse author Sir Michael Morpurgo OKS has received a knighthood. Morpurgo, 74, joked that Joey, the equine hero of his 1982 children’s book, which became a hit international play, should be receiving the honour. “It’s Sir Joey really, not Sir Michael,” said the writer. Morpurgo, who has previously received an OBE, said the Queen had seen the stage version and “loved More »