Athletics takes place in the Summer term. Over 100 pupils currently opt for the sport which has grown in popularity in recent years.

Training facilities are primarily based on the grass track at Birley’s but the tartan track at Canterbury High School is also hired.

Pupils compete in mid-week district competitions at Junior level and also in weekend fixtures with other schools at both Junior and Senior level. 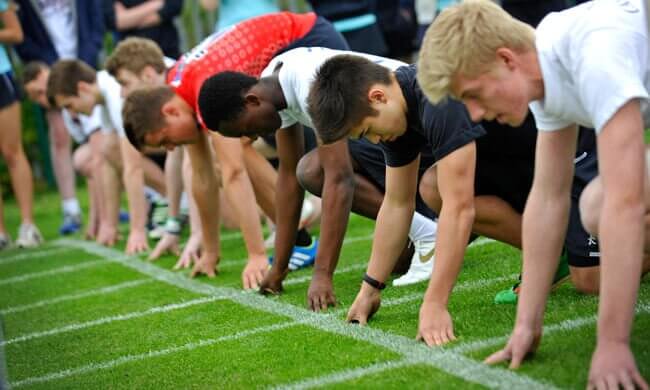 There is a strong tradition of cricket at King’s, with our most famous former player being David Gower, who returned to open the new pavilion in 2005.

Birley’s offers three grass and two artificial wickets, as well as 16 grass and 4 artificial nets. Eight teams are fielded during the Summer term: three senior teams, two Under 15 and three Under 14.

Mark Ealham, ex Kent and England cricketer, has succeeded his father Alan as the Cricket Professional. He runs nets throughout the Autumn and Lent terms, helping players to develop their techniques particularly during individual coaching sessions.

There are close links with Kent County Cricket Club. The 1st XI squad use the St. Lawrence indoor facilities in the off-season, and several players are members of the Kent Academy.

Tours are a regular feature of the club: pre-season tours took place to Dubai and Abu Dhabi in April 2014 and Antigua in April 2015. 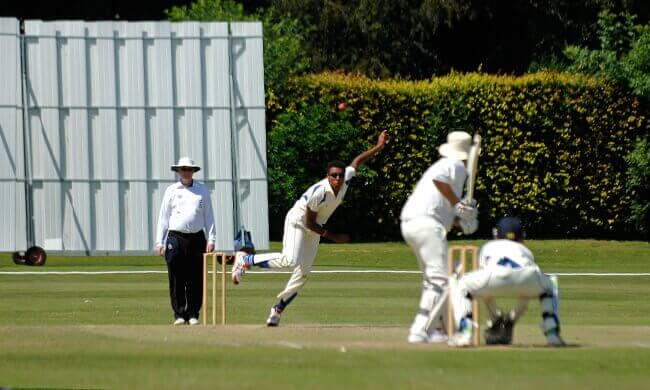 Cricket was played by girls at The King’s School for almost a decade in the 90s before it faded away. Now after almost a 20 year gap, Girls’ Cricket is back!

During the 2016 season, the girls developed their cricketing skills in Games sessions. Harvey House took the winners trophy in the inaugural Junior Inter House cricket, and U15A and B teams participated in 8 a-side 12 over competitive school matches using an Incrediball.

The girls are coached by ex England cricketer Susie Rowe. 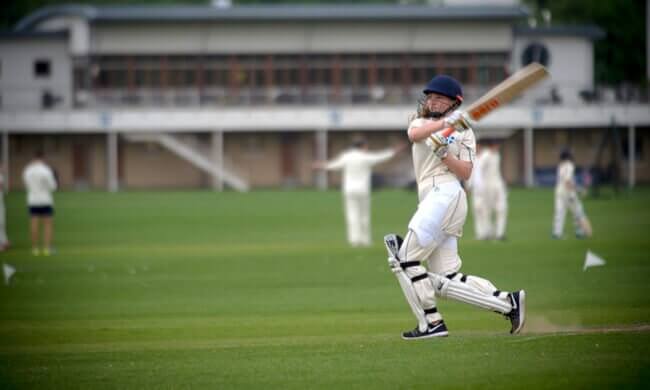 Cross Country takes place during the Autumn and Lent terms. Local tracks and woods, which are closely monitored, are used for running. Boys and girls of a wide range of ability join the club.

King’s enters the Kent Schools’ League during the Lent term, as well as participating in regional and national competitions, enjoying much success at all age levels.

The Inter-House Cross Country competition, held at Birley’s in September, involves the entire school and is keenly contested. 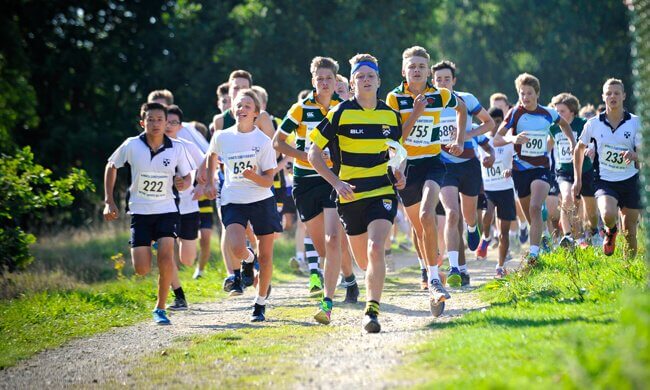 Pupils can participate in Show Jumping, Eventing and Dressage, and have competed regularly in local and national events with great success.

We ride on a regular basis at the Rooting Street Equestrian Centre at Little Chart. Pupils can stable their own horses at the Centre. 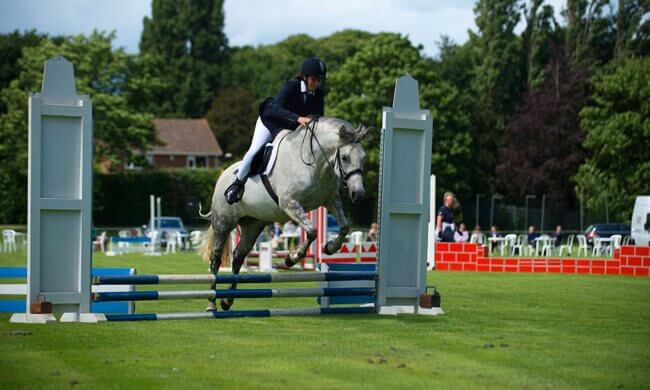 We host local tournaments and we enter the Public Schools Championship and other national tournaments. The club has trained 17 international fencers in recent years, who have represented England, Scotland, N Ireland, Ireland, Hong Kong, Bulgaria and Thailand.

The Recreation Centre has a purpose-built salle, incorporating four practice pistes and one full size competition piste. Épée is the main weapon used. Fencing is coached by Jamie Miller and Marc Chapman (OKS and former GB Under 18 Fencer); both are current GB coaches.

A new facility at the School’s Malthouse site houses 18 underfloor pistes, including 8 stainless steel competition pistes making it the third biggest in England. 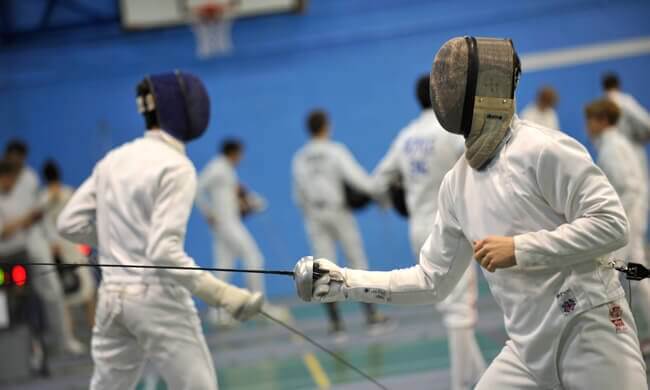 Football is played in all age groups during the Lent term.

Matches are played at Birley’s: we currently field four senior sides, three U16, three U15 and three U14 sides.

The club participates in the Kent & Sussex Independent Schools’ League, which was inaugurated in 2013. 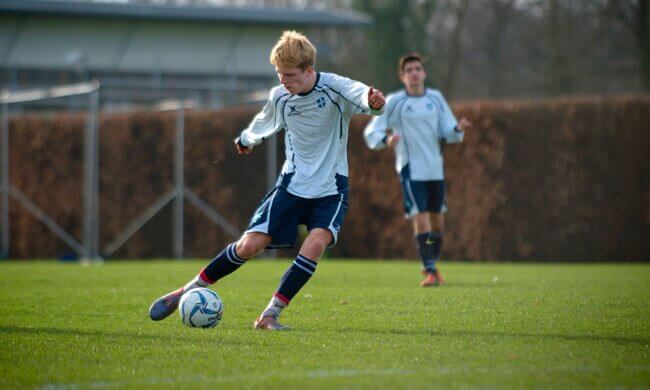 Golf is played during every games session in the Autumn and Summer Terms, and once a week in the Lent Term. All golfers are regularly coached by the Head Professional at Canterbury Golf Club.

Golf continues to be a very successful sport at King’s. In 2010 the school won the South East of England Independent Schools Golf Association Championship, qualifying for the National Finals. Teams are entered for all the prestigious HMC and ISGA competitions, and travel as far afield as Edinburgh to play in them.

Along with the strong links with Canterbury Golf Club, where golfers regularly play in weekend competitions, inter-school matches are arranged at some fabulous courses including Royal St. George’s, Chart Hills and Royal Cinque Ports.

On-site, the school possesses a state-of-the-art indoor golf simulator, which is used for both formal and informal practice sessions. A full range of courses is available and it introduces some unique competitions amongst the golfers, whether it be holing a putt from the Valley of Sin on the 18th at St Andrews, or managing to keep their their tee shot dry on the 17th at Sawgrass. 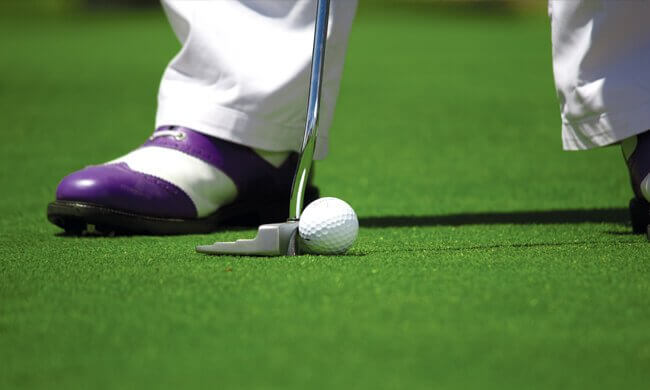 Boys Hockey is played throughout the Lent term.

The school has two astroturf pitches, one at Birley’s and the other at the Recreation Centre. The school also has strong links with Canterbury Hockey Club, with both training and matches taking place at the excellent Polo Farm facilities.

The club runs seven teams: three senior teams and two each at Under 15 and Under 14 level.

Overseas trips are a regular feature of the club: with a recent tour of South Africa and pre-season tours to Barcelona. 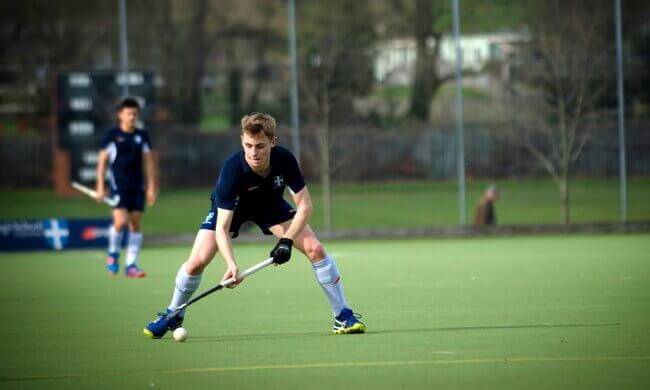 Hockey is played in the Autumn term.

The school has two astroturf pitches, one at Birley’s and the other at the Recreation Centre. The school also has strong links with Canterbury Hockey Club, with both training and matches taking place at the excellent Polo Farm facilities.

The club fields ten teams: five senior sides, three at Under 15 and two at Under 14 level. The club also enters the England Hockey Board National Schools competition.

Girls are also offered the opportunity to experience the high paced thrills of the Indoor version of the game and two squads (Under 16 and Under 18) compete in the National Schools Competitions each year.

Recent tours have included Australia, South Africa and Holland, and a successful tour of South Africa was undertaken in July 2017. 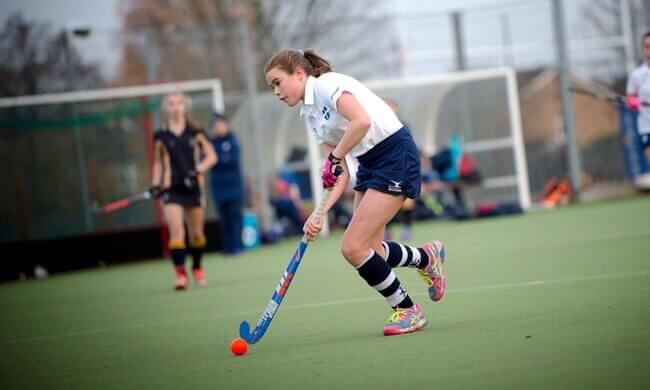 Lacrosse is played in both the Autumn and Lent terms, with two teams taking the field at senior level along with Under 15 and Under 14 teams.

We compete in the Kent Schools outdoor and indoor tournaments at Under 15 and Under 18 level, as well as entering the National Lacrosse Tournament at Surrey Sports Park at the end of the Lent term.

The 1st team pitch during the Lent term takes pride of place at Birley’s in front of the pavilion. 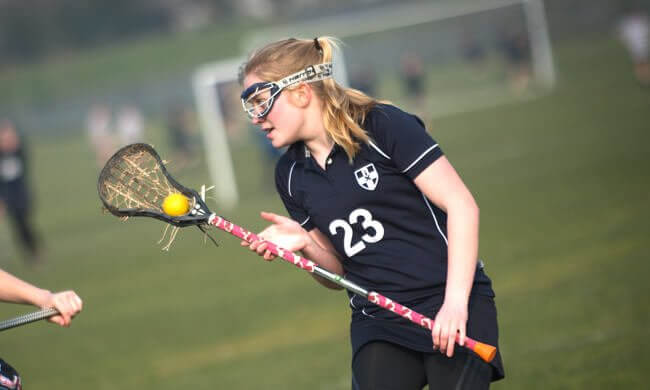 Netball is played as a major sport in the Lent term.

Birley’s offers four netball courts, recently resurfaced to the highest specifications with sunken posts, used throughout the week for training and on Saturday afternoons for matches.

The club caters for over 100 girls and has a very competitive fixtures list. Specialist coaching is available at all levels with each team having their own individual coach.

The club hosts Invitational tournaments at both Under 19 and Under 14 level with ten teams competing in each age group. This has been a huge success with an outstanding level of netball played. 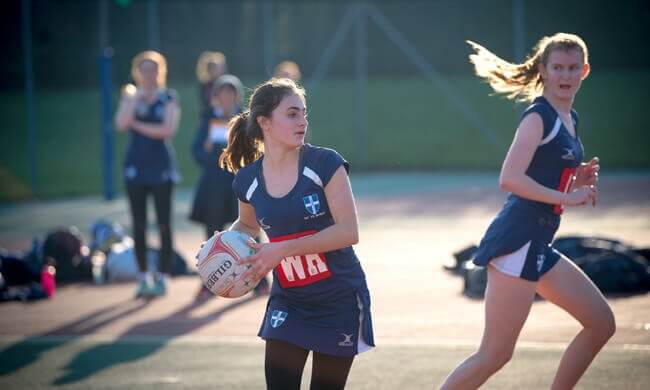 Rounders is played in the Summer Term.

Birley’s hosts four rounders pitches, and the club fields a Senior team, as well as two Under 15 and two Under 14 teams.

Regular fixtures are arranged with other schools either midweek or on Saturday afternoons. 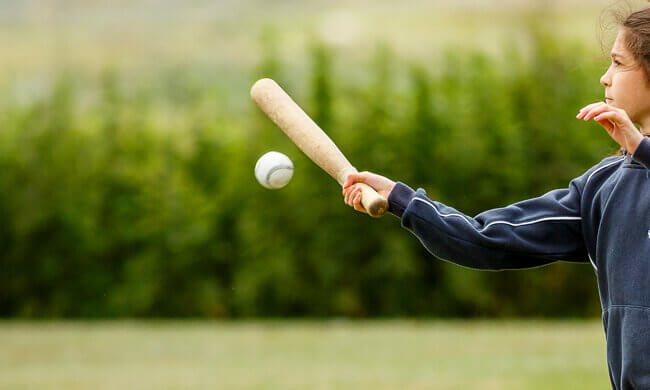 Rowing takes place in each term throughout the year.

The Boat Club is fortunate to have a rowing lake at Westbere with its own boat house.

The club enters the Schools Head and the National Schools Regatta, as well as working towards qualification for the Henley Royal Regatta. Other regattas are entered over the Lent and Summer Terms in line with the development of the crew.

In 2012, King’s celebrated the 150th anniversary of the start of rowing. Over these years a strong reputation has been built; a well-established Old Boys (Pilgrims) rowing club, based on the Thames, gives strong and experienced support to the club. 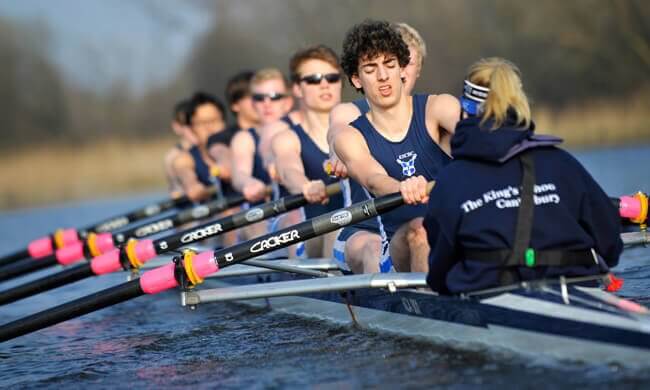 Rugby is the focal sport for boys during the Autumn Term; the club fields twelve teams from 1st XV level down to Under 14.

The school has a large number of boys involved in the RFU Schools of Rugby programme as well as in Kent County Representative sides. Strong links exist with Canterbury RFC and with the Saracens Academy.

Rugby 7s is played in the Lent term, the highlight being the Rosslyn Park Schools Festival.

Overseas tours are a regular feature of the club: the 1st XV squad toured South Africa in 2019, and a successful tour of Hong Kong and Japan was undertaken in August 2017. 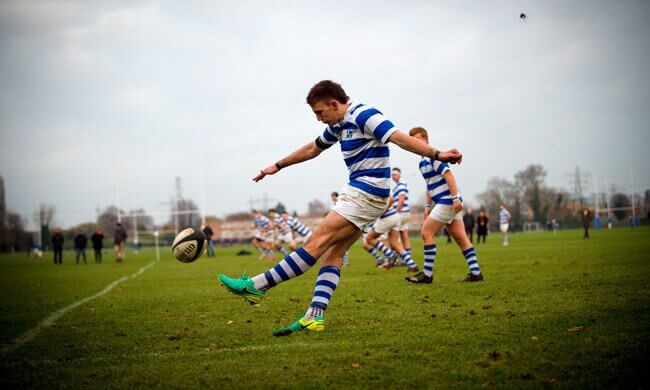 A fast track approach enables pupils to progress through the RYA Youth Sailing Scheme Dinghy and Racing levels. We have also started a RYA Instructors course for pupils to qualify as dinghy instructors.

The club sails Firefly, Laser Vago, RS Feva and Topper Dinghies. The focus is on racing, both Fleet and Team racing through regular fixtures organised by the British Schools Dinghy Racing Association (BSDRA), Kent Schools Sailing Association (KSSA) and RYA. As part of this programme of events, the school hosts a Team racing event for BSDRA and KSSA on the Westbere Lake.

The club participates in the annual Round the Island Yacht Race with three yachts, one for the school, one for parents and one for OKS competing for the 597 trophy within the biggest yacht race in the world. 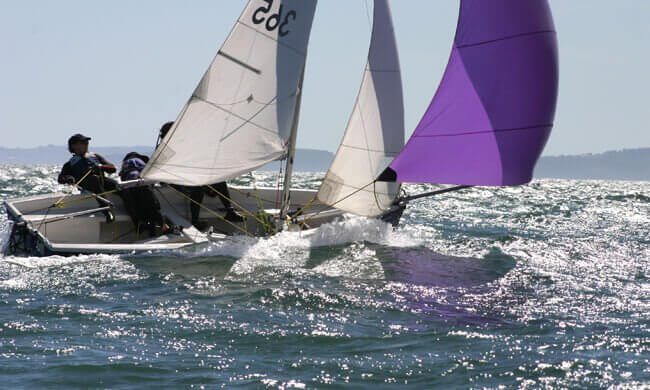 The school uses a refurbished 4 lane 25 metre range at the Recreation Centre.

The club enters the Winter and Summer Kent leagues, where scores are added up to give a county ranking.

Coaching is conducted by Keith Jefferies, a highly experienced and qualified outside coach. 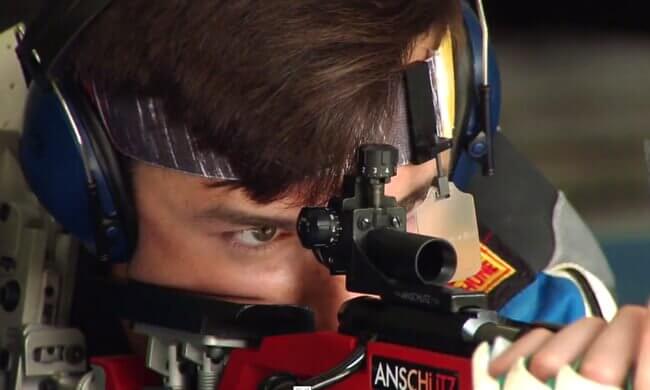 Squash is played in the Autumn and Lent terms, and it is a sport that proves equally popular with both boys and girls.

The club runs senior and junior teams, and fixtures include participation in the National Schools’ Squash competition.

The Recreation Centre offers four squash courts, two of which are glass-backed. 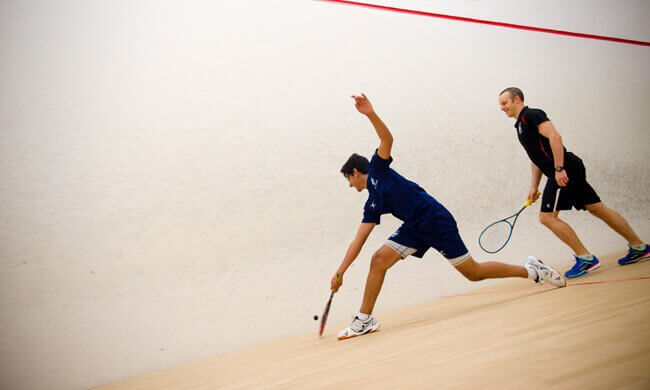 Swimming takes place in all three terms under Yolanda Speare.

School fixtures are held mainly in the Lent term with Girls’ and Boys’ teams at all age groups. 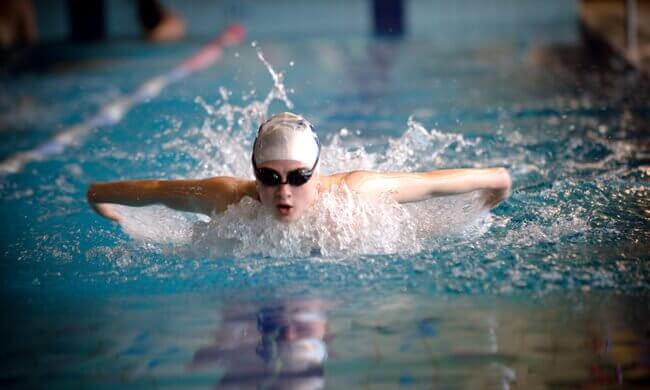 The School possesses 24 astroturf courts and 9 hard courts divided between the Recreation Centre and Birley’s.

Teams are put out at Senior, Under 16, Under 15 and Under 14 levels. Both Boys and Girls teams enter the Aegon Tournaments and the KSTA tournaments.

Experienced coaches run sessions throughout the winter months at Birley’s and at the excellent indoor courts at the University of Kent. 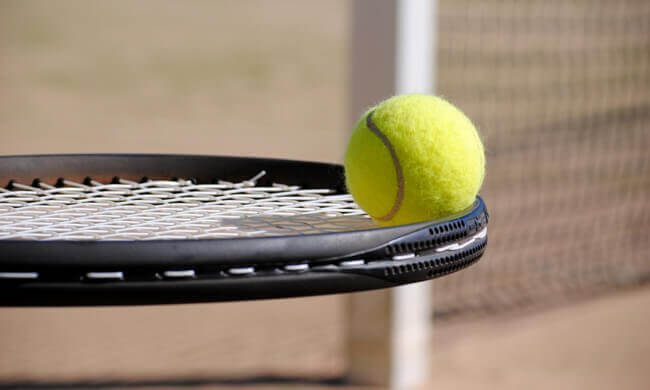