Archaeologists have been carrying out an excavation in the Mint Yard over the last five months following the demolition of the old Mitchinson’s day house, unearthing a number of fascinating discoveries including a very-much-intact Roman road.

Other Roman findings included a bone flute, a glass bead and human remains which were perhaps deposited in an unusual impromptu burial, contrary to Roman law, following an outbreak of plague.

The team also made some intriguing finds from the medieval period, including a pit filled with fish bones, and a vertebra from a small cetacean (a dolphin or porpoise) was recovered from a 12th-century cesspit. 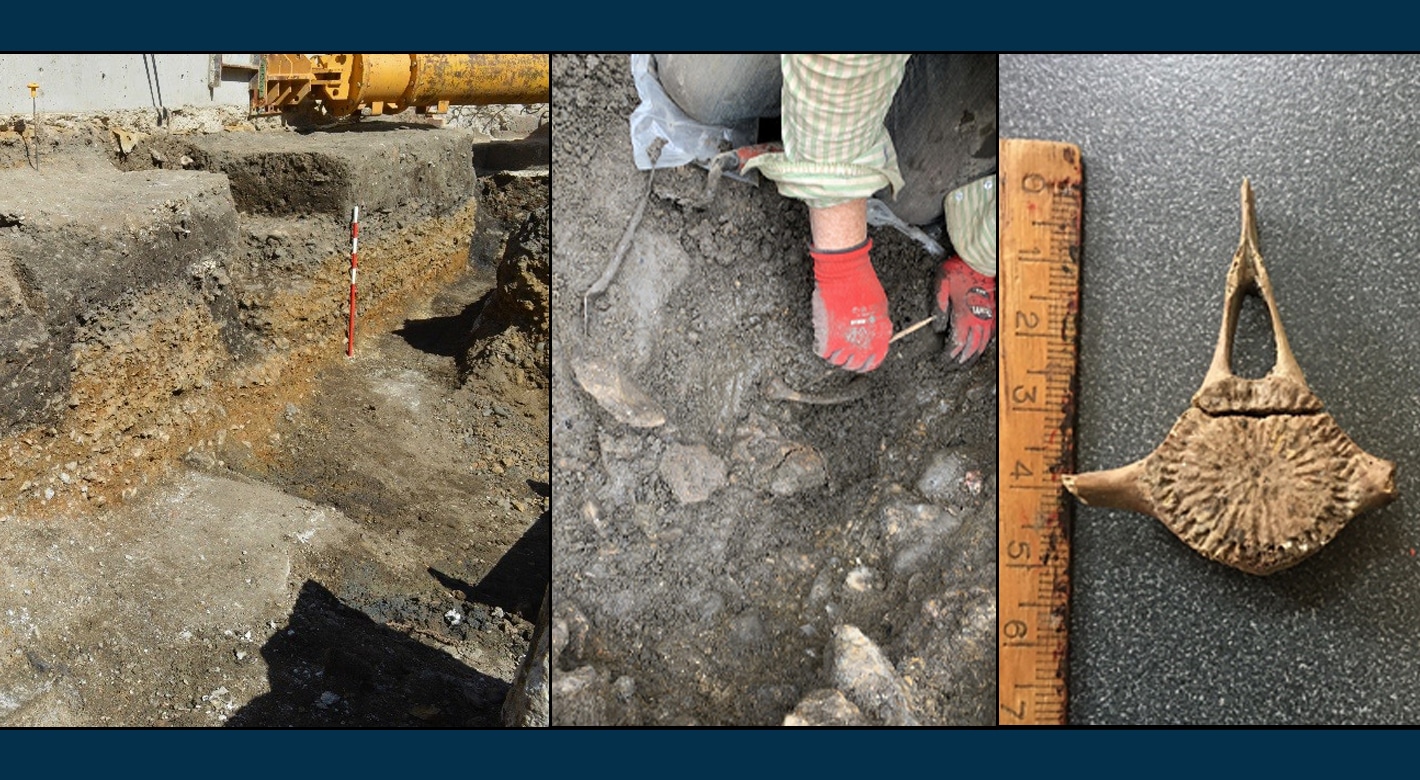 With the archaeological evaluation complete, work on a new science building will commence in the coming months. The building will contain teaching laboratories as well as a lecture theatre, and have a traditionally finished exterior of flint, stone and clay tile.

Read more about the history of King’s here.