Amanda Young, English teacher and Housemistress of Walpole, has published her first novel and is thrilled to have sold over 100 copies already, describing it as “a real dream”.

Mrs Young published The Woman and the Witch under her maiden name of Larkman (she would like to emphasise she has no connections with the author Amanda Young), having finally completed it after three years of writing during the school holidays. Responses from readers so far have been overwhelmingly positive.

The story centres around the relationship between two women—a 100-year-old witch and 50-year-old cleaner—as they battle with secrets from their past.

“The inspiration came from my grandmother, who was 96 when she died and a complete pain,” Mrs Young says, having looked after her grandmother for a year when she was very unwell. She was capable of remarkable things, such as teaching herself Russian at the age of 60 and was fiercely principled; she refused to attend church for her daughter’s and granddaughter’s wedding because she didn’t believe in God. “She was a real character, but an unforgettable person. Her name was Anne Fidler and I admired her strength and intelligence, she loved reading and broadening her horizons. She was the first Communist I had met and always wore an enormous fur hat. Anne never compromised and had a real sense of who she was.” 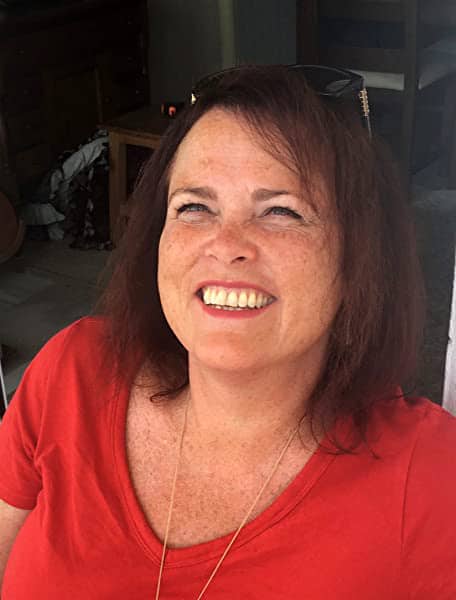 The book delves into the layers behind its two central characters and the scars from their troubled pasts. “You meet so many old people and you sort of forget that they were once young,” Mrs Young explains. “You forget that they might have been cracking codes in World War Two or posing for Picasso. I love the idea of exploring beyond the surface.”

Although she’s previously written a number of books, this is the first to have been published and Mrs Young pays tribute to the help received from her old English teacher, Mr Browning (former Housemaster of School House and father of current Head of Middle School Matt Browning) who taught her during her school days in Gravesend. “He’s the reason I’m an English teacher and a writer,” she says.

Mrs Young was unaware that Mr Browning was the Head of English when she applied for a post at King’s in 2001, but he had passed her application on to the Headmaster with a note explaining: “She’s misspelled ‘advertisement’ but as I taught her I take full responsibility.”

Mr Browning acted as a mentor again in the process of publishing The Woman and the Witch, having offered support and editing advice. Mrs Young says the process has been a real challenge and comments that it took courage to scrap and rewrite entire sections, but knows she’s learnt so much from completing the project and hopes it will make her a better teacher as well as a better writer.

You can purchase The Woman and the Witch here.