Fatima Mansoor (Luxmoore, 6b) has been named as the Michael Foale Scholar for 2021-22 following her roles running the Junior Science Book Club and the Science Presentation Club this year.

The scholarship is named after astronaut and former King’s pupil Michael Foale and is awarded to students who show an aptitude for science and have a desire to communicate their ideas or interests to the school body.

Fatima’s passion for her academic field is clear and the school Science Presentation Club, which she set up in the Lent term, has grown out of it.

“That’s one of the great things about King’s,” she says when asked about her work in creating the new initiative. “All the opportunities are there, you just need to ask.

“I saw at some universities they do this thing called 3MT, which is a three-minute thesis presentation. So I thought we could do something similar for King’s Week.

“And then I got thinking a bit more after seeing in the news lately with COVID how important science presentation is as a way of communicating science. So I thought we could actually start a club here at King’s about presentation as a way to be able to communicate, not only to scientific peers, but also to those who don’t understand science as much.”

The group models the club for the senior years but discusses books that are more accessible, aiming to nurture the interest in scientific literature among younger pupils.

They started with A Short History of Nearly Everything by Bill Bryson, and Fatima has enjoyed seeing members of the club become more active as the weeks have gone by.

“It was really rewarding seeing them open up after a few sessions,” she says. “Because obviously they’re quite shy at the start and you’re handling most of the discussion, but then, by slowly getting them involved a bit more, it’s really nice seeing them open up.” 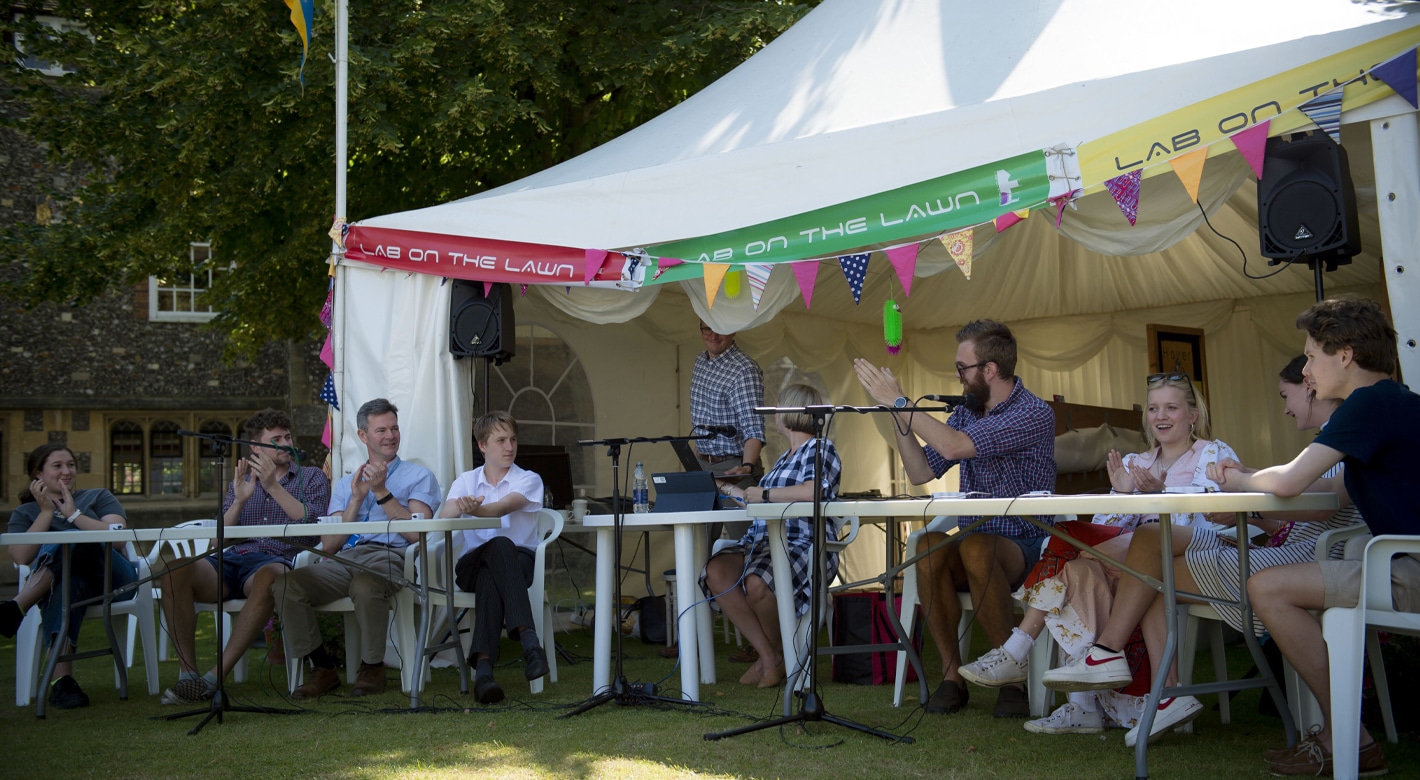 Fatima will be involved in organising Lab on the Lawn which runs on Green Court during King’s Week.

Alongside studying for A-levels in Chemistry, Biology, Physics and Spanish, and navigating the application process to study Medicine at university, Fatima plans to continue promoting science in her role as the Michael Foale Scholar.

She has ideas to slowly expand the Science Presentation Club into a Partnerships opportunity which could involve conferences or other events, and also follow through on the Composting Club initiative put forward by Elena Merican (Bailey, 6a), the 2020-21 Michael Foale Scholar, which was sadly unable to be introduced due to social distancing restrictions. “I’d love to carry that on for her (Elena),” Fatima says.

Read about The Sciences at King’s here.