It’s been five years since former England international Susie Rowe reintroduced Girls’ Cricket to King’s, building the programme up from scratch to become one of the biggest in the South East.

On joining the school in 2015, the coach had recently ended a successful playing career of her own, making 23 international appearances for England. Her cricket career started at Kent where she played for eight years winning five County Championship titles before moving to Surrey, and on retirement she quickly set about growing the sport at King’s.

Cricket is now thriving more than ever at the school after last summer saw over 50 girls regularly playing softball and hardball matches, including a run to the last 16 of the Under-15 National Cup. And now, Susie has decided to step back onto the field herself.

Five-time Championship and two-time National T20 winner, @susierowe6, will be a Kent Women player once more in 2020 ?

It was announced last week that she has re-joined Kent, linking up with a young team that’s made some big strides in recent years. The Spitfires are historically one of the powerhouses of the women’s game, and seeing their day-to-day coach playing alongside cricketers like England’s Tammy Beaumont for the county will serve as a big inspiration to the girls at King’s.

They’ve already enjoyed some considerable successes of their own. As well as the National Cup run last year, recent successes have included being crowned U15 indoor county champions and U15 hardball county runners-up in 2018. 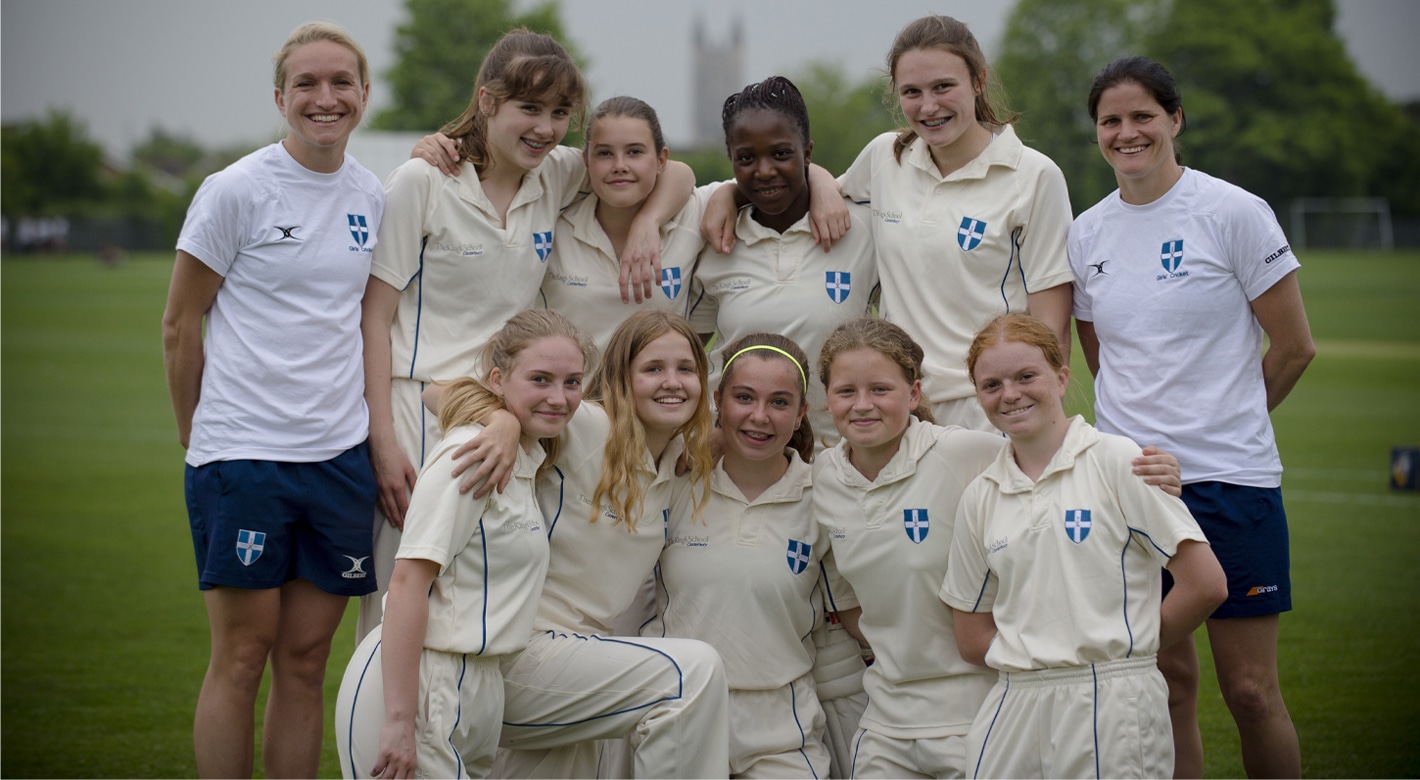 The 2020 season promises to be the biggest we’ve seen yet, with the school set to field five girls’ teams and its first ever full, competitive 1st XI fixture list. When the side—which will comprise of a combination of 6a, 6b and Fifth-Form pupils—takes to the pitch next term it will be an historic moment for the school given the long tradition of boys’ cricket at King’s.

There have also been some wonderful individual success stories emerging from the programme, such as Minty Scott (Broughton, Shell) who was recently selected to represent Kent and be part of the county U15 training squad.

The enthusiasm for the sport shown by girls like Minty coupled with the passion of their coach makes this an extremely exciting time for Girls’ Cricket here at King’s. Given how quickly things are moving, both in the school and across the country, it’s going to be exciting to see how the sport stands in another five years’ time.

Find out more about sport at King’s here.