James Crawley (Grange, 6a) and Bear Hastilow (Meister Omers, 6a) won the Championship Pairs race at the National Schools Regatta during half term. 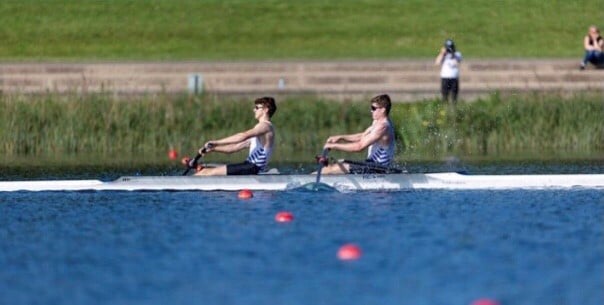 The strength of that 1996 team shows the magnitude of James and Bear’s achievement, which is testament to the hard work they have put in at the Boat House this year.

Both boys are applying to study at the University of Durham next year, so they could continue to compete in the same crews for some time to come.