Three rounds of debates took place throughout the term, culminating with the final in the Schoolroom which was packed to the rafters as always for this key event in the King’s calendar. 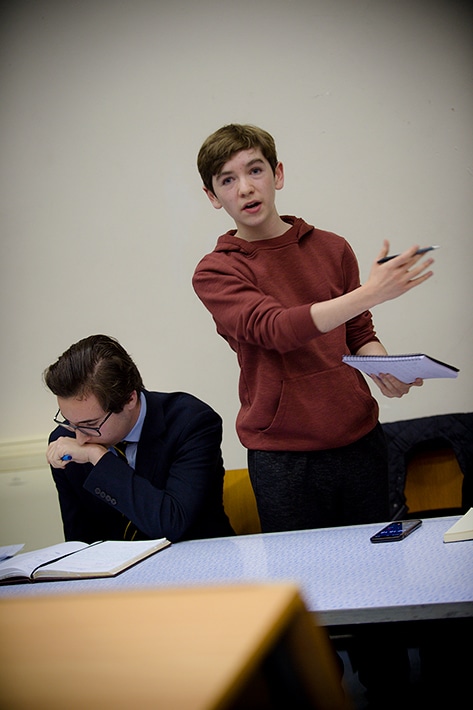 Luxmoore, Marlowe and Galpin’s joined Linacre, who argued for the proposition “This House believes that International Men’s Day should have equal prominence with International Women’s Day”.

After we had heard some convincing points from the opposition which explained why issues facing women are more numerous and more important, the Linacre pair very effectively refocused the debate on the purpose of such a day in the second half of the final. In the context of the debate we saw, this was a particularly effective line of argument as it entirely cut out the opposition’s case built on comparative significance of the problems.

It was brilliant to see such a competitive event amongst a particularly strong group of debaters this year, and we now look forward to a busy term of inter-school fixtures after Christmas.

Find out more about co-curricular life at King’s here.