Matt Stonier (Marlowe, 6a) continued his prolific run of form by winning the Under-20 race at a meeting in Rotselaar, Belgium while representing England on Sunday.

The 18-year-old has now won four of the five races he’s competed in this year after completing the 6.5km course in 21 minutes and two seconds.

An impressive second-place finish in brutal conditions at a British Cross Challenge event in Stirling remains the only race in which Matt has failed to cross the line first in 2020.

He was particularly pleased with his latest result due to the challenging nature of the course, with it containing multiple tight bends and a 250m sand section on a lake bank.

On territory a little closer to home, we also had a number of strong performances at a cross country in Dover on Saturday. 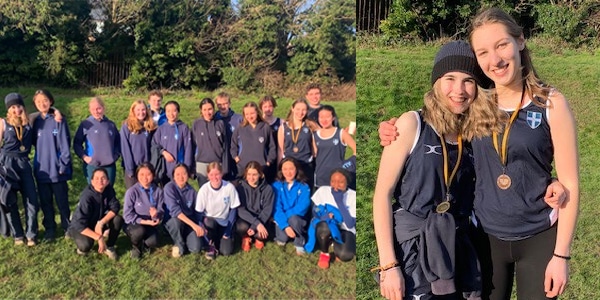 Competing in the invitational event which involved 65 runners from four local schools in White Cliffs Country, Eliza Percival (Walpole, Vth) and Dasha Chistova (Bailey, 6a) were the pick of the bunch as they picked up first and third-placed girl respectively.