Matt Stonier (Marlowe, 6a) picked up team gold with the Great Britain Under-20s at the European Cross Country Championships on Sunday.

Having been selected after his strong performance at the trials in Liverpool two weeks prior, Matt got the chance to race at the televised event in Lisbon in the same field as Jakob Ingebrigtsen—the senior European 1500m and 5000m champion who is one of the top-ranked middle distance athletes worldwide.

The former Junior King’s pupil came a highly respectable 72nd in just his first event representing Britain, picking up multiple places with a sprint finish at the end of the challenging course.

His twin sister Sophie (Carlyon) traveled to watch and is pictured above with Matt after the medal ceremony. 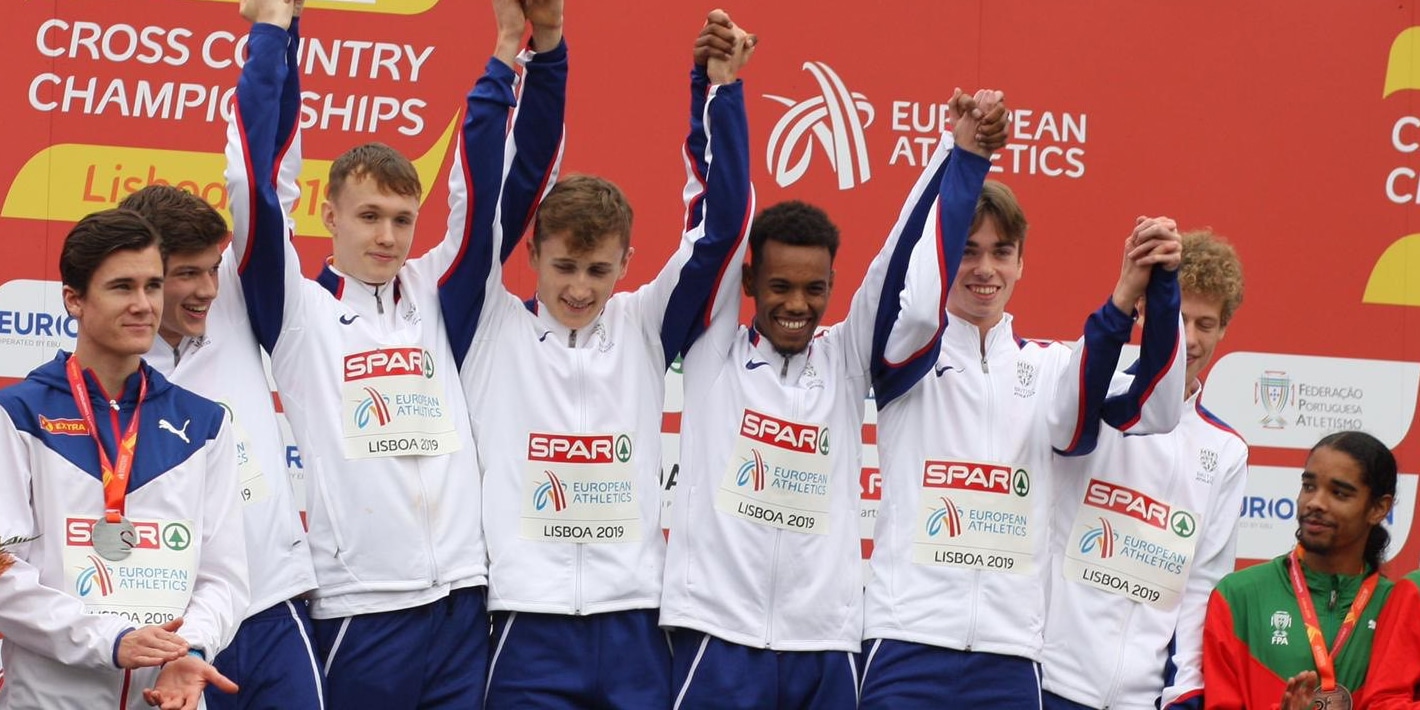 It was a brilliant experience for Matt at his first major international event, and one that will support his future selection prospects.

He’ll now concentrate on finishing A Levels in Geography, Biology and Maths with the aim of studying Geography and Sports Science at Loughborough University.