Creative expression is central to the King’s education and music is a key part of that. Every pupil engages in some form of music, while over 250 students get involved with regular ensembles and 650 music lessons take place every week.

Variety is key to the programme and the diversity of opportunities available has grown significantly during the post-war period. Today, we have nine choirs, three orchestras, a string orchestra, a concert band, a big band, jazz groups, rock bands and around 15 chamber ensembles all rehearsing every week.

Dedicated, passionate staff of the highest quality are the heartbeat of the operation. Our heads of section are all top performers and many of our visiting teachers hold prestigious positions with national orchestras and UK conservatoires.

Here, we’ve taken a look at some of the qualities which make music at King’s so successful.

The key to musical strength at King’s: Canterbury Cathedral 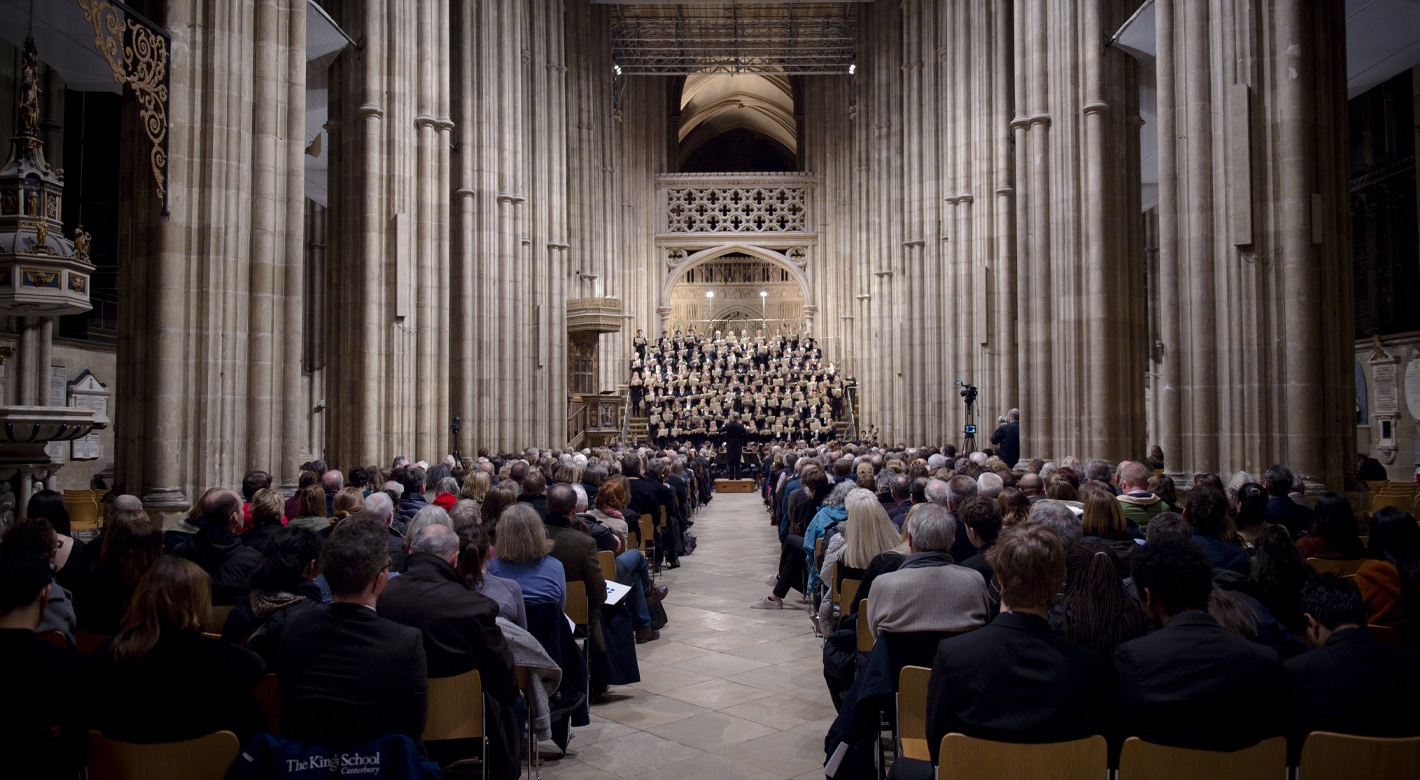 Such a strong cohort of musicians means our choral output is second to none. And, of course, these same musicians are also strong instrumentalists which enables our orchestra to easily tackle the full breadth of orchestral repertoire, including such favourites as Tchaikovsky’s Fifth Symphony, Brahms’ First Symphony and Prokofiev’s Peter and the Wolf.

An atmosphere that breeds enthusiasm

Opened in 2009, the Edred Wright Music School houses facilities that compete with any school in the country. A listed building converted from a Victorian boarding house, it is equipped with three large teaching rooms (all with Mac-based workstations), two recital rooms, a recording studio and an array of individual teaching and practice rooms.

Its finest feature according to Mr Bersey, however, is its atmosphere. “There is music round every corner,” he says, “and often in the corridors! It perfectly fits the surroundings.”

A wealth of opportunities

In addition to the many varied ensembles, orchestras and bands that practice on a regular basis, scholars are frequently handed chances to learn and gain inspiration through one-off masterclasses with world-renowned musicians. Benjamin Frith, an internationally-acclaimed pianist, and David Coleman, a former conductor of the Paris Opera Ballet, are two such musicians to have shared some of their expertise with pupils during the 2019-20 academic year.

With Canterbury situated just an hour from central London, many scholars also extend their learning by attending junior departments of Conservatoires in the city. 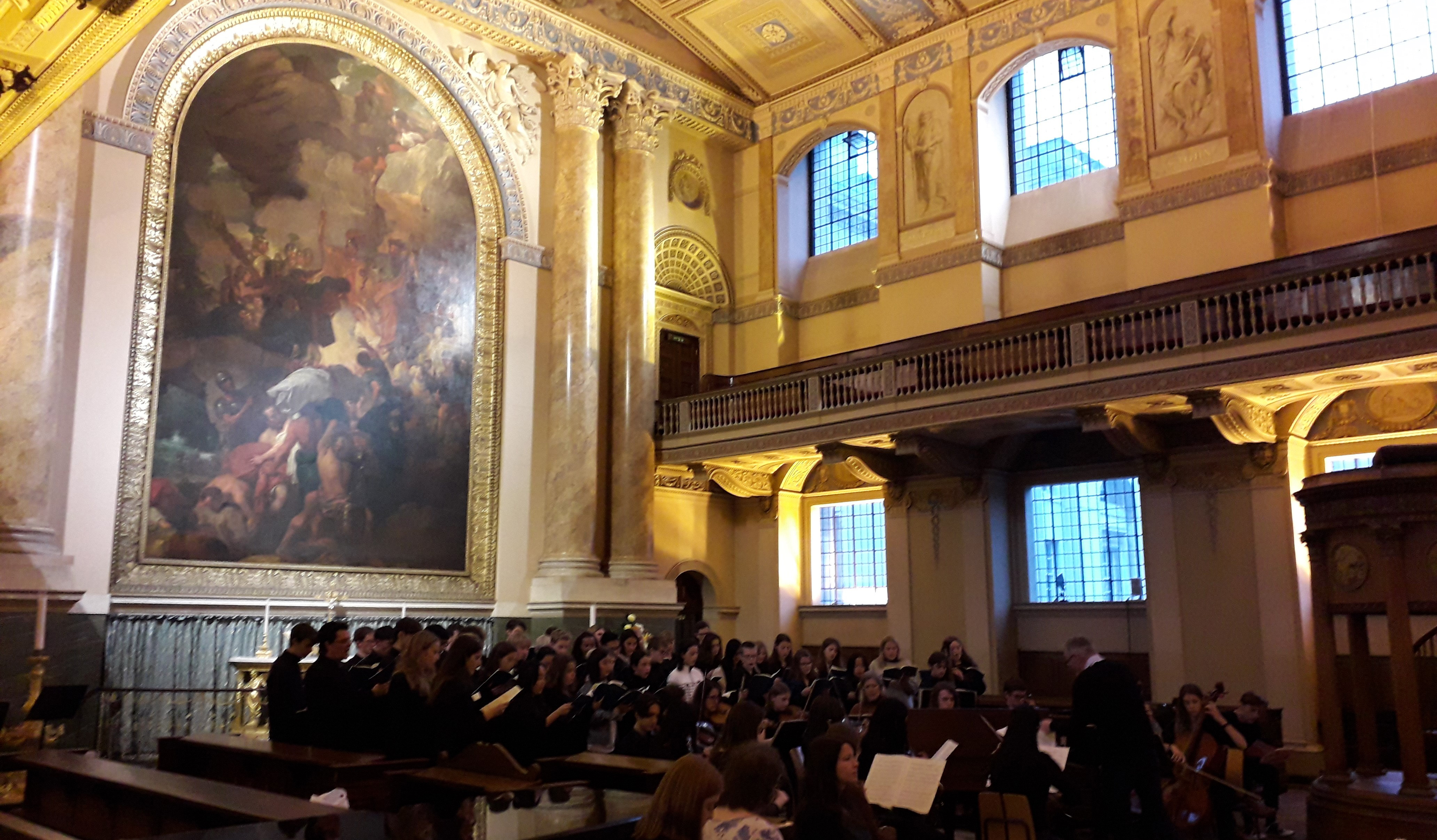 And as well as having first-class venues like the Cathedral and The Malthouse Theatre on site, our students are given opportunities to perform in spectacular venues, such as St Paul’s Cathedral and the chapel of the Old Royal Naval College, which further their confidence and motivation.

King’s Week is also a key event in the musical calendar as it showcases the variety of talent here at the school. Many of the performances will have been worked on—on and off—throughout the year.