A keen diver, Ian Woolfson spent 30 years travelling the world’s oceans and was so alarmed by the plastic that riddled their waters he decided to sell his house and successful construction company to dedicate the rest of his life to cleaning it up.

From his home in Queensland, Australia he now runs the Ocean Home Foundation, a charity which uses ocean plastic to create affordable homes and biofuels. This week, Ian took time out of a visit to the UK to come and speak to our pupil Climate Change Group and our staff Going Greener Team. 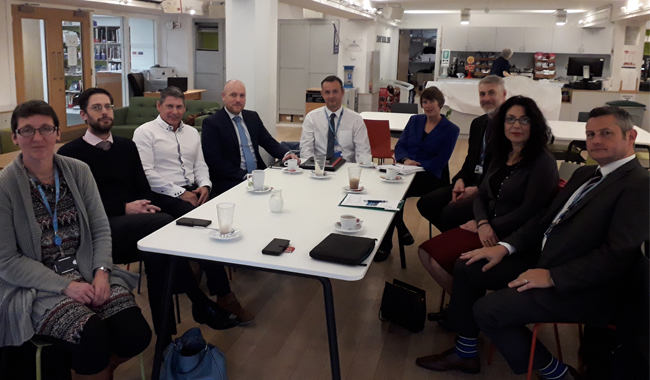 After talking about his own fascinating journey, Ian heard from the Climate Change Group about their efforts to lower their carbon footprint and make King’s more environmentally friendly. The group has grown considerably in popularity since it was first set up last year by former maths teacher Ms de Villiers and sixth-former Phoebe Harris (Kingsdown, 6a).

It now comprises 15 pupils and, after Ms de Villiers departed King’s last summer, is organised by new Art Teacher Jerome Dutton, who was previously the Communications Manager for a local environmental charity.

The group is working on a number of plans and one of its first initiatives has been to set up a Thrift Shop in the Pupil Social Centre which sells unwanted clothes collected from each house before donating any funds raised to charity (this term the charity is the Woodland Trust).