Oscar Rice (Linacre, Shell) made one last appearance at the Gillian Lynne Theatre this month as Andrew Lloyd Webber’s School of Rock The Musical came to the end of its run after more than three years.

All child cast members were invited back for the grand finale of the show with Oscar, who played Zack Mooneyham (guitarist) in Casts 4 and 5, taking to the stage alongside the other Zacks, past and present.

There were emotional speeches from director Laurence Connor and Lord Lloyd Webber himself.

The audience raised the roof and it was an electrifying end to the hugely successful smash-hit show, which has inspired hundreds of children to pick up an instrument and take up music. 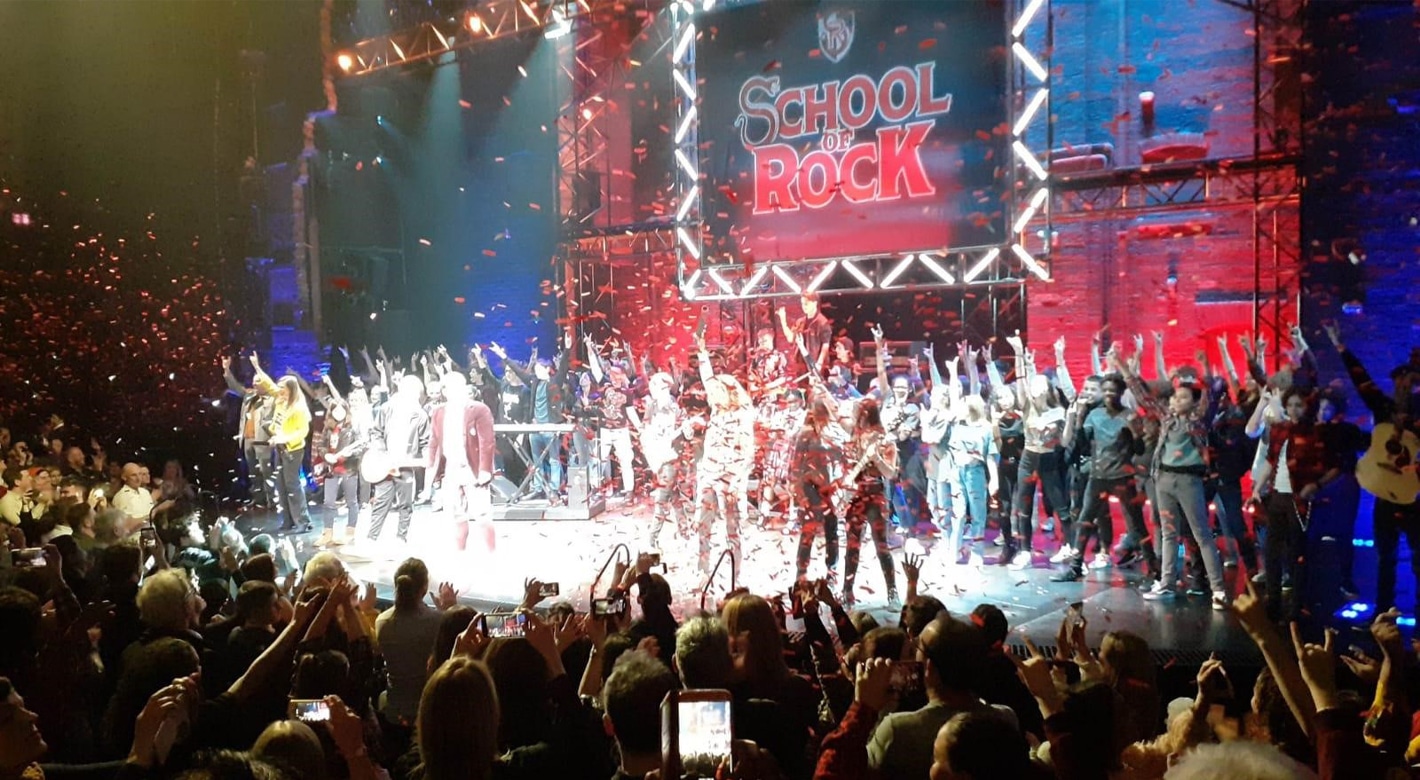 Find out about drama at King’s and watch our Performing Arts video here.