A group of 10 6b Spanish students spent five days exploring local culture and developing their language skills in Barcelona at the beginning of the Christmas holidays.

During their busy stay, the pupils drank in a wide variety of experiences the Catalan capital has to offer. Highlights included visits to the Sagrada Familia, the Fundació Miró, and a trip to Girona where they explored the Jewish Museum and walked along the medieval city walls.

In between those outings, the pupils stayed with local families and attended some Spanish lessons at International House, one of the city’s top language centres.

They were also taken on a tour of the Christmas markets and Nativity Scenes around Barcelona, and were intrigued to learn about the ‘caganer’ and ‘cagatío’ Catalan traditions, which involve nativity figurines and a mythical Christmas log creature respectively.

The pupils were fantastic ambassadors for the school, and their good humour and interest made the trip a real delight. 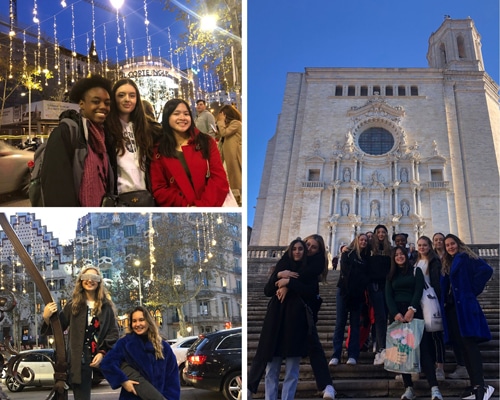