Pupils gathered in Memorial Court on Thursday morning to view the partial solar eclipse from the Physics department’s solar scope. 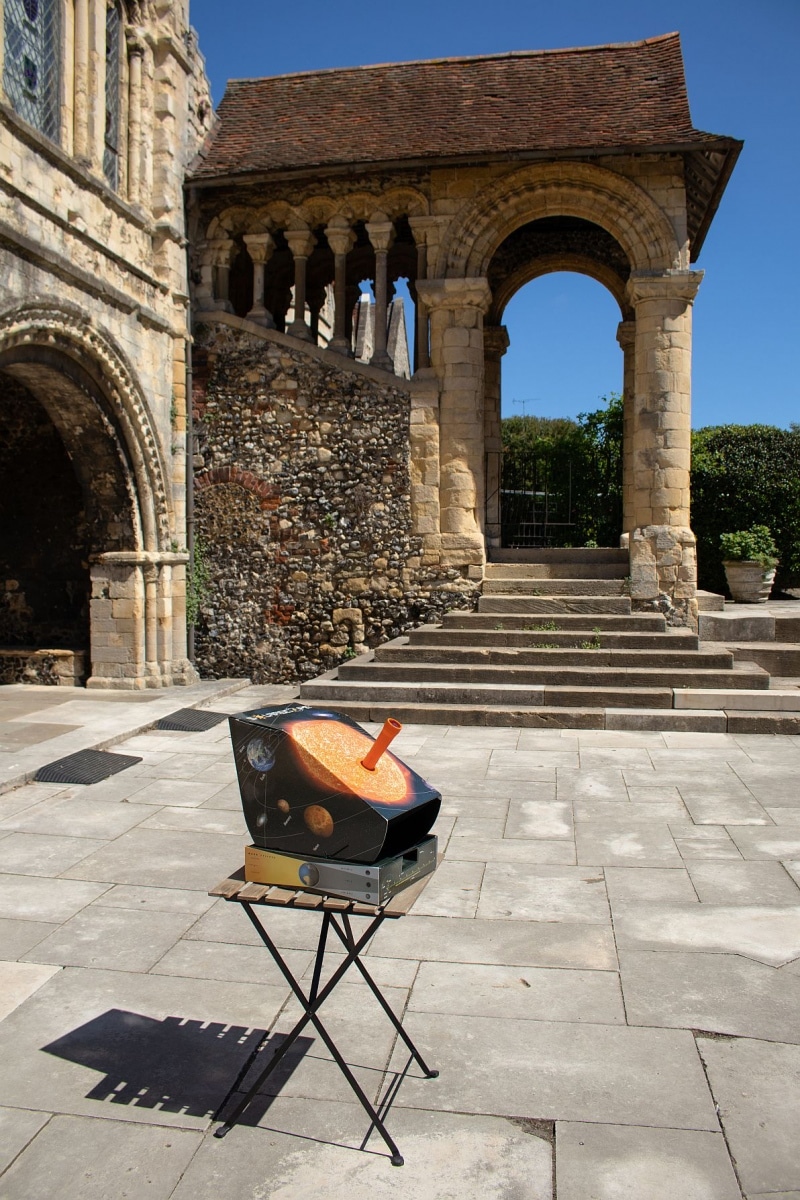 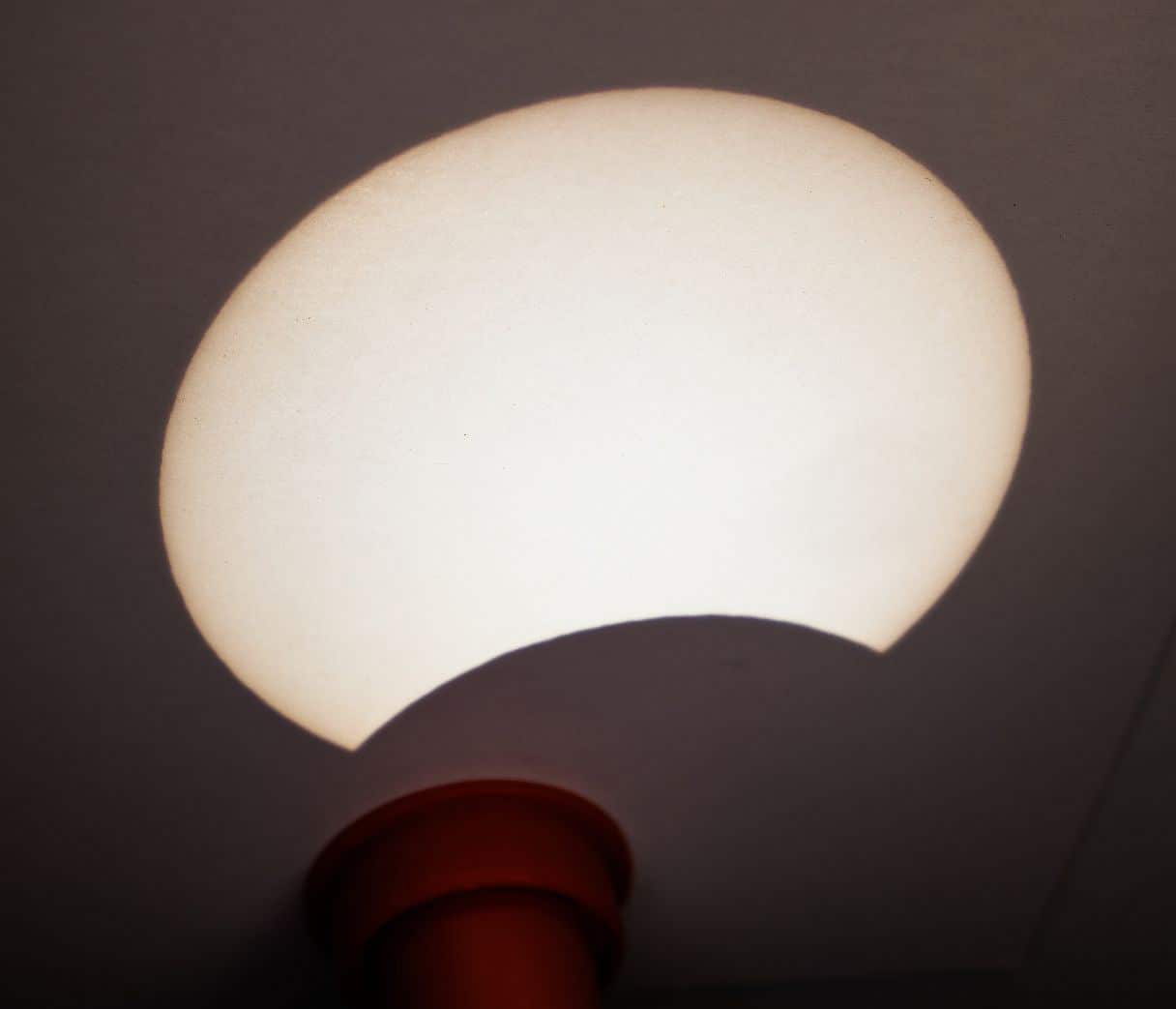 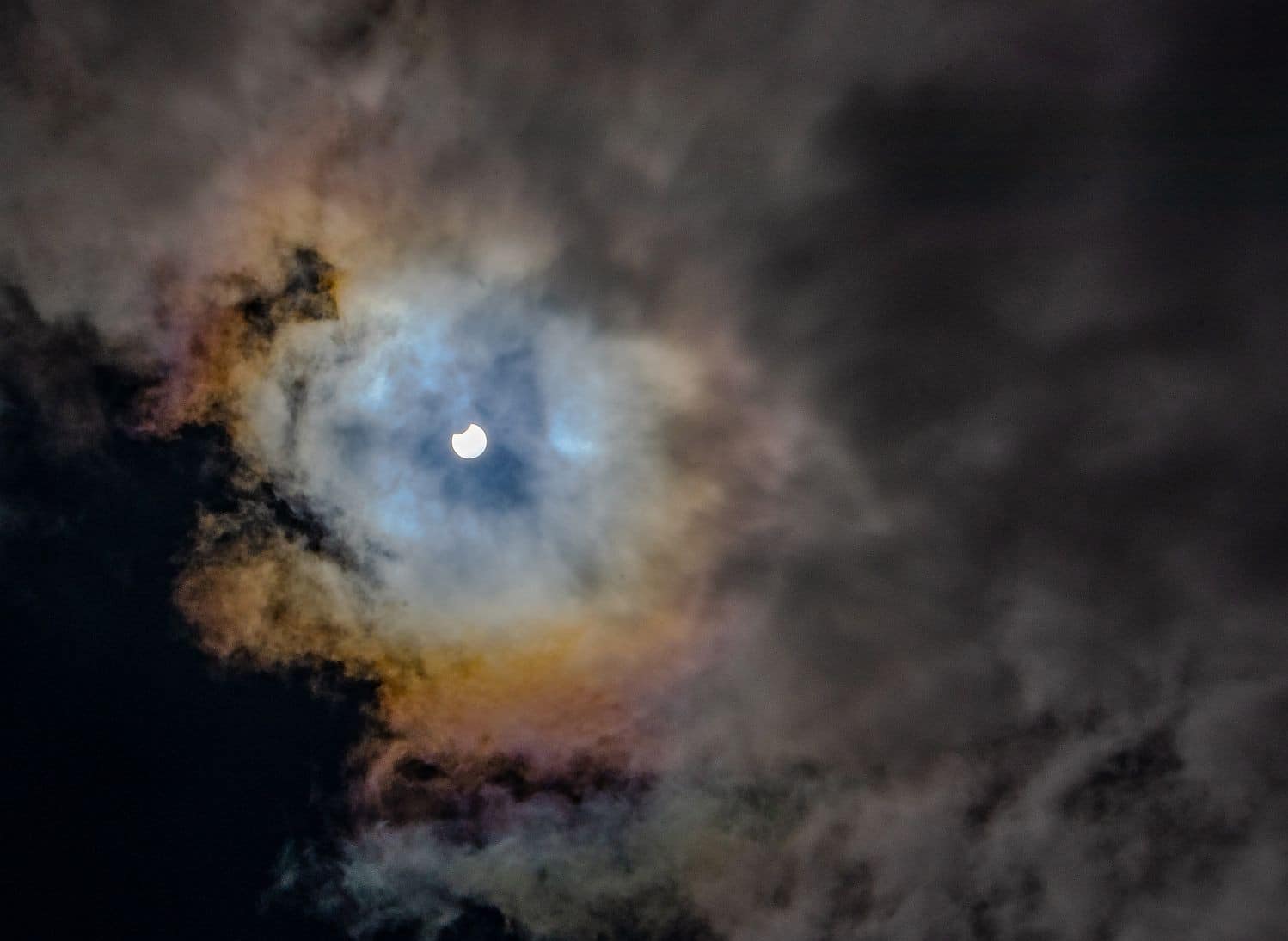 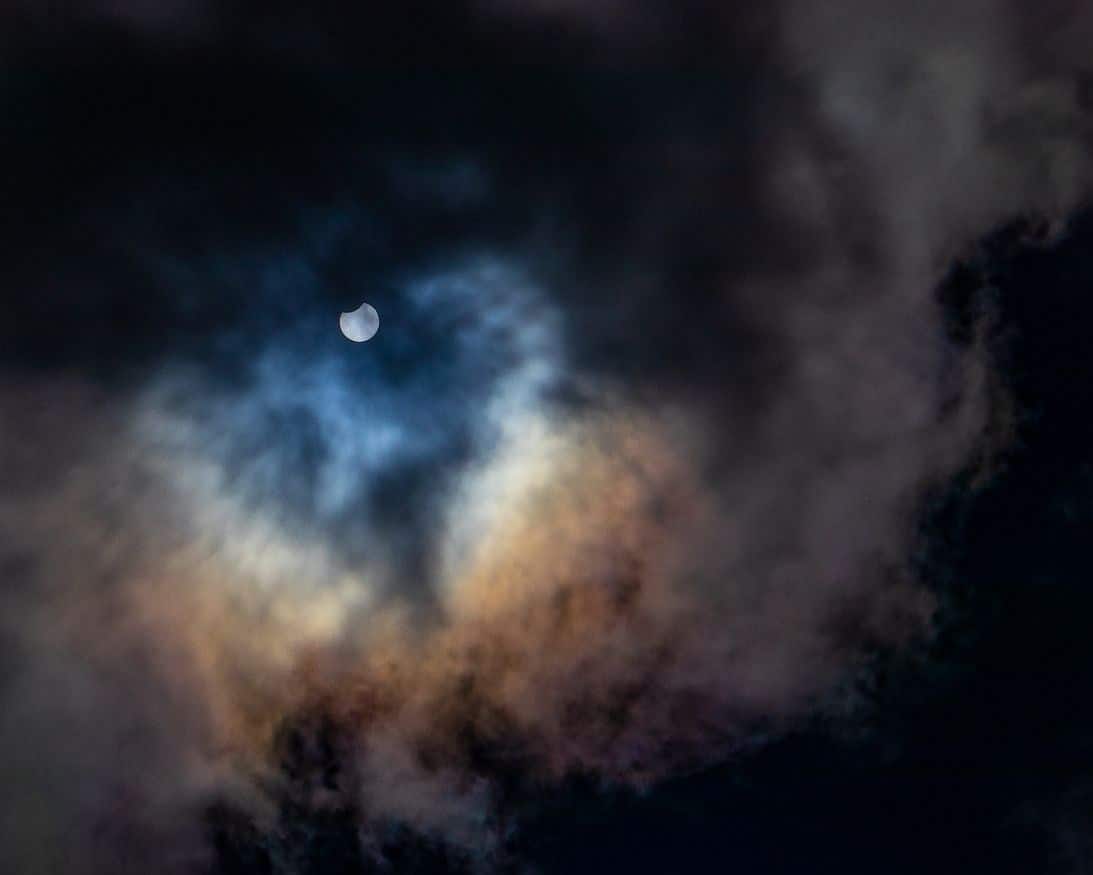 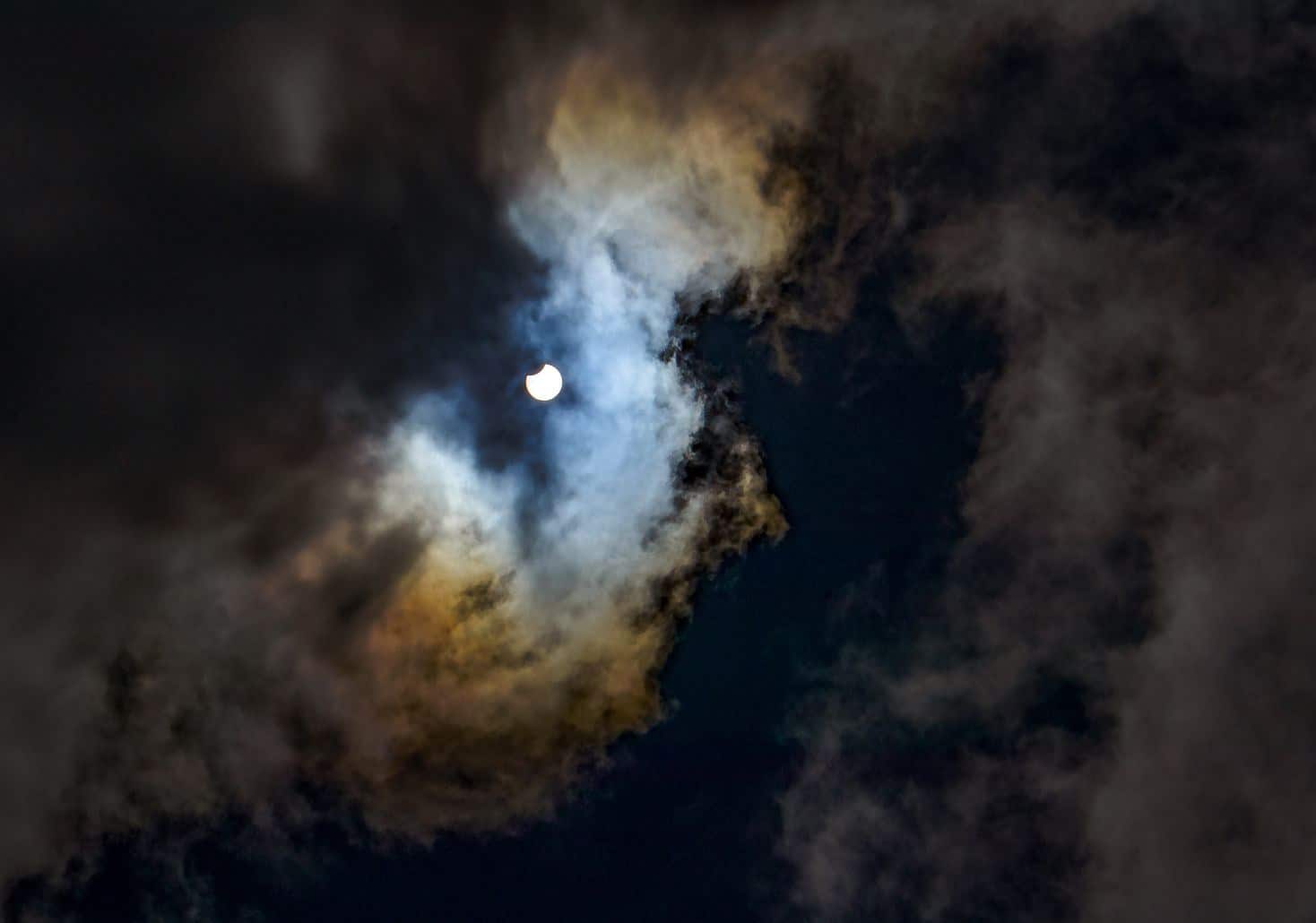 Thanks to Dr Elias for the excellent photos and the description below.

The solar scope is essentially a lens (orange tube) that projects an image on a mirror at the bottom, which is reflected on the inside of the case, resulting in a solar disc of about 10cm in diameter.

The dent at the bottom is the moon getting in between the sun and us. This can only happen when there is a new moon and we don’t see our satellite at night. If the moon orbited around the Earth in the same plane that the Earth orbits around the sun, we would see an eclipse every lunar month, each new moon. But the orbit of the moon is tilted with respect to the Ecliptic (the plane of the orbit of the Earth and the planets), so they only happen every few years.